After graduating from the University of North Carolina’s (UNC) Hussman School of Journalism and Media in 2003, Nikole Hannah-Jones could not have possibly known that her alma mater would one day ask her to return as a faculty member.

She also could not have known the controversy that appointment would bring.

In late April, UNC offered its prestigious tenured Knight Chair of Race and Investigative Reporting to Hannah-Jones, the brain behind the New York Times’ 1619 Project — a longform journalistic undertaking that has influenced national conversations on race by placing slavery and the achievements of Black people at the forefront of the national narrative.

At the time of the announcement, Dean of UNC Hussman Susan King called Hannah-Jones’ appointment “the story of a leader returning to a place that transformed her life and career trajectory.”

“Giving back is part of Nikole’s DNA,” King continued, “and now one of the most respected investigative journalists in America will be working with our students on projects that will move their careers forward and ignite critically important conversations.”

Three weeks later, however, UNC walked back on its initial offer. Instead of receiving immediate tenure, Hannah-Jones will now be hired on a five-year contract beginning July 1, with the option of being reviewed for tenure at the end.

The cause for the demotion? According to an email King shared with faculty on Sunday, the board of trustees “did not act on tenure” when her case was presented. Or, as UNC Board of Trustees Chairman Richard Stevens allegedly told IndyWeek, the board — which has the authority to approve all tenure appointments — never even voted on the decision. It instead reached “a work around” to prevent the decision from coming to vote in the first place.

Why avoid an official vote? According to King, who has publicly shared her disappointment about the situation, the board was “worried about a non-academic entering the university with this designation.”

Hussman faculty members, however, are demanding clearer answers than that. Academic background or not, they want to know how a MacArthur “Genius Grant” Recipient and Pulitzer Prize-winning journalist does not qualify. In a Medium post signed by roughly 100 people, they wrote that the denial of immediate tenure “unfairly moves the goalposts and violates long-standing norms and established processes relating to tenure and promotion at UNC Chapel Hill.”

“Here’s the deal,” Dr. Trevy McDonald, the first Black woman to be tenured at Hussman and director of Diversity, Equity and Inclusion, told Diverse. “[Hannah-Jones] is the fifth person to be offered this Knight chair position. Three of the previous four had no prior academic experience and they were brought into the appointment of full professor with tenure.”

McDonald listed past Knight chairs at the school who were well-established in their fields but also had non-academic backgrounds. For instance, she pointed to Penny Abernathy, who was a former executive at The Wall Street Journal and The New York Times. Despite not having a Ph.D. or academic background, Abernathy became the Knight Chair in Journalism and Digital Media Economics in 2008. Likewise, JoAnn Sciarrino, another industry professional with a master’s and only a brief experience as an adjunct professor, became the Knight Chair of Digital Advertising and Marketing in 2012.

“This is an equity issue,” McDonald said. “This is not consistent with what the school has done in the past with Knight chairs, with professionals who have achieved a very high level of success in their respective fields were brought in as tenured full professors.”

“By taking this action behind closed doors — which certainly makes sense since it’s a hiring decision — but by not coming out and explaining themselves, by not telling the dean, chapter and verse, of why this was done, and then letting a few days pass, [the Board of Trustees] has lost control of the narrative,” said John Robinson, a journalism professor at UNC-Chapel Hill who has invited Hannah-Jones to serve as a guest lecturer for his class. “So whatever, reasoning, they do come out with — if they ever do — it’s not going to convince anyone.”

What’s left is a whirlwind of questions surrounding the situation, with one looming above all the others: How did a Pulitzer Prize winner and MacArthur Genius Grant recipient get to this point?

Not that long ago, Hannah-Jones still considered herself a “somewhat anonymous reporter.” Up until 2015, she had worked at various publications — the Raleigh News & Observer, The Oregonian, ProPublica — covering race and segregation before joining the Times.

“Very simply, I wanted Americans to know the year 1619, which most Americans did not know, and to understand that slavery as an institution predated every other American institution,” Hannah-Jones told Diverse last week when discussing her original appointment as Knight chair. “And then, secondly, with that understanding, being forced to acknowledge how foundational slavery was to the development of our country, and that it’s legacy is not just in the past, but that it is shaping the society we live in.”

In one way, Hannah-Jones achieved what she set out to do: people across political spectrums have certainly come to know the significance of the year 1619, which is now part of the national lexicon.

But, for better or worse, she has also been thrust into the spotlight. And the spotlight does not come without scrutiny. While the 1619 Project has been celebrated as a piece of “patriotism” revealing how Black Americans have shaped the country’s democracy, it’s also been criticized by historians who say it’s historically inaccurate at times and by others who say it stokes racial division.

Hannah-Jones, along with the Times, has repeatedly stood by her work, but that doesn’t mean she has no regrets.

“If you find the journalist who pitches an ambitious project and thinks they get it perfectly, that would make me very concerned,” she said. “I’ve never produced anything that I thought was perfect or that I wish I’d done differently, and the 1619 Project is the same.

After conducting more research and adding new footnotes, the 1619 Project is now twice as long as it was during its initial publication in The New York Times Magazine, says Hannah-Jones, who says she was able to “really strengthen all those arguments.” Come November, an expansion of the project will be published as a book titled “The 1619 Project: A New Origin Story.”

From the get-go, Hannah-Jones knew the project would be provocative and that it would “push back against narratives that powerful people for hundreds of years have been deeply invested in.” For that reason, she had expected backlash. What she hadn’t expected was the intensity and duration of that backlash.

“I certainly wouldn’t have expected that nearly two years after publication, I would become a conservative talking point,” she said, adding that her initial way of dealing with criticism and crude attacks “was to go on Twitter and fight back all the time.”

However, she quickly realized that tactic did not work — nor, did it help her mental health. Now, she has a new way of dealing with the public: don’t engage.

“I try not to respond to almost anything,” she said. “And what I have found is that that actually has been very helpful for my mental health. … [I decided] that the best way for me to answer the critics is through my actual, thoughtful published work and just focusing on making that as best as it can be has changed my level of stress, my level of anxiety.”

It’s a strategy she’s employed in light of the Board or Trustee’s most recent decision. While she hasn’t responded to requests for comment from Diverse and other publications, she tweeted Wednesday: “I’ve been staying off of here today, but just know I see you all and I am grateful.”

McDonald said she spoke with Hannah-Jones, letting her know that the UNC faculty support her and are excited to have her as a faculty member.

“There’s just so much that she can bring to our students,” said McDonald. “She’s doing groundbreaking research, and even beyond that, she and I are both alumni of Hussman. So I know that she really wanted to have this opportunity to give back to our students at the place where she got her start.”

Growing up in Waterloo, Iowa, Hannah-Jones caught the journalism bug early. She wrote her first letter to the editor at 11 years old and, later, regularly wrote for her high school student newspaper. It was then that she shared stories about students like herself who were bused to the predominantly White high school, as part of a voluntary desegregation program.

She didn’t lose sight of that ambition. After graduating from the University of Notre Dame with a degree in history and African American studies, she pursued journalism. Choosing to go to Hussman, she said, was an easy decision. It offered her a fellowship that paid for her tuition and fees; it was in the South, the region she had come to love; and, last but not least, she had been a devoted Tar Heels fan growing up.

“I’m very grateful [to return to Hussman],” she said. “I wasn’t trying to teach right now in my career. I already feel like I have 12 jobs and that I can barely manage everything on my plate as it is, but it just was the opportunity to come back home to the university that’s so responsible for giving me the foundation to build my career.”

Looking forward to the classroom, she said she’s ready to tackle the big questions facing the journalism field today.

“We really need to think about, ‘What is journalism in a fragile, multiracial democracy?’ We really need to examine this idea of objectivity: ‘Should that be the norm to aspire to and is that possible? … How should we be structuring beats and coverage? What are the biases built into the fact that every newspaper has a cops beat, but there’s never a poverty beat?’ … I’m interested in those esoteric questions about what it means to be a journalist in this country at this time.”

A firm believer in “demystifying” the profession, she feels her “greatest calling is helping students to navigate the reality of our profession.”

And part of that, she said, might mean having candid conversations about the backlash she’s still receiving to this day. Her word of advice for young journalists:

“We can’t control how anyone is going to perceive us,” she said. “We can’t control anything outside of ourselves, but we can control our own excellence. The only kind of safeguard we have, as women of color, people of color, Black people, particularly in these institutions, is being as excellent as we can, making ourselves as undeniable as we can.”

She added: “That still not might not be enough, but those are the factors within our control. And I’ve built my career around that.” 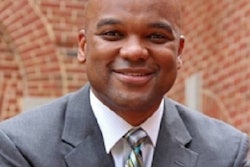 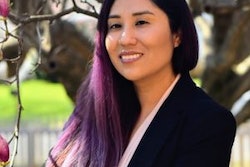 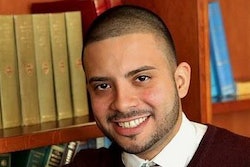