Obviously, I learned many lessons in college, and wanted to share those that have greatly helped shape my career as a university professor. 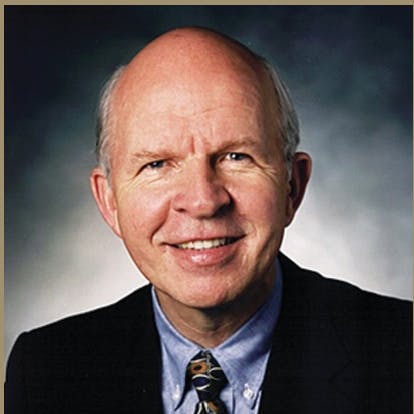 I attended my local college after graduating from high school. I was the first person in my family to attend college and I had no particular goal in mind when I enrolled.

I remember signing up for 15 hours of credit courses, even though I was working 30 hours each week in a textile plant. I also remember well my first class in world history when Professor Brown came to class and immediately introduced each member of the class (about 25 persons as I recall). He had no notes or photos from which to make the introductions. He simply began with students on the first row and introduced everyone in the room. You can imagine the response from all of us. We had never witnessed anything like that in our public school experiences.

The Browns invited our history class to a hamburger cookout at their home several weeks later. I asked Mrs. Brown if I might help Professor Brown with the hamburger grilling, but my real objective was to find out how he knew all of our names. He responded by saying that most students coming to college did not want to take another history course and that the dean had repeatedly told him of the myriad excuses that students would share in their effort to avoid another history class.

Prof. Brown decided he would let students know immediately that he was there to teach by showing his genuine interest in them. His classes were filled with photos and movies from historical settings including the westward movement, the immigration of millions into the “open door” American republic, etc. He kept students involved by continuing to bring them into the class conversation. He was a master at getting students actively involved in their own learning.

Several weeks later, the textile plant where I was working closed given the large inventory that had developed in the midst of declining orders. That news placed into jeopardy every thought or goal I had of going to college. There were no federal financial aid programs for students, no Pell grants, and jobs were very hard to find.

I went home that evening very discouraged about the prospects of my staying enrolled after the fall semester. When I reached home, my mother told me that a professor had called earlier in the evening and asked that I return the call when I returned home. Over my hesitations, my mom insisted that I return the call from Prof. Brown. He let me know that he had learned of the plant’s closing that afternoon and remembered that I was working there. He also knew that I was a working student and paying my own way through college.

He said to me, “Johnny, don’t you think about dropping out of college. Get your homework done this weekend, stay positive and I promise you that the dean of students and I will find another job for you in the next few days.” What a timely intervention in my life!

A week later I took a job at a drug store just down the street from the college. The manager told me that if I were half as good as Prof. Brown had stated he should have hired me a year or two earlier. I finished college working at the drug store because this professor believed that he was there to help students succeed. In fact, almost all of the faculty and staff at Mitchell College reached out to us to encourage and provide help as needed.

At the end of my first semester, I had made the honor roll with a GPA of 3.6. My grandmother bought me a new sport coat to reward my good behavior.

Prof. Brown called me at the drugstore and asked if I might come by campus over the holidays for a cup of coffee and a good visit with him. We talked about bowl games, our basketball team, etc. before he asked me, “Johnny, have you ever considered being a serious student?” You can imagine my surprise or shock. I reminded him that I was carrying a full load and working 30 hours per week. He responded that I was “cruising along” and not utilizing my full potential. He acknowledged that I was a smart student but wondered what might happen if I really utilized the talent he knew I had.

No one had ever talked with me that way. He continued, “It is one thing to be a smart student, but it is much more important that you also work hard and apply yourself. There is no telling what you might achieve.” He said, “I believe you can find scholarships to get you through graduate school.” He was right about that.

Louis Brown was not only a generous, kind, and thoughtful man, he obviously cared deeply about his students.

I have been fortunate and blessed by caring faculty and colleagues throughout my academic career. They truly understand that we should all be in the profession of helping our students be all that they can be. I cannot imagine any profession or career that provides daily opportunities to make a difference in another person’s life.

This article originally appeared in the March 31, 2022 edition of Diverse.
Find A JobPost A Job
Featured Jobs