Northwestern University economics and international studies major Nandini Mehta has made her mark as a Division I soccer player. She has appeared in 41 games, including starting 18 of 19 in 2014 as a junior co-captain. She was named a Big Ten Distinguished Scholar. The Lexington, Massachusetts, native is an active volunteer, making school visits with Fuel Up to Play 60, which seeks to combat childhood obesity by encouraging students to make healthier choices, and visiting the Lurie Children’s Hospital.
Read Next 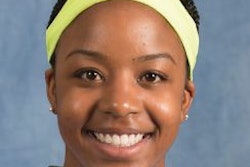