Words to live by: "One phrase I always say is, 'Let them tell you no.' By that I mean don't do things to disqualify yourself, but in everything you do, give your all. You may face rejection and naysayers, but that voice that says 'no' should not be inside of you."

Dr. Brendesha Tynes, like most scholars, was always a good student â€” vice president of her high school senior class, president of the National Honor Society, editor in chief of the yearbook. Yet despite her academic and extra-curricular achievements, she had professional aspirations that weren't exactly what her parents and teachers had in mind.

"All I did was dream about becoming a model," says the Detroit native. So with $80 in her pocket, she moved to New York, leaving Michigan State University after her first quarter. She got a few modeling assignments; however, during one casting call she got a harsh reality check.

"The person who was doing the hiring looked at me and said, 'Oh, we're not hiring Black girls this season,'" recalls Tynes.

"Something clicked in me and I said [to myself], I want to be judged for who I am on the inside, for what I have in my head, not for the way that I look."

Shortly thereafter, Tynes again applied to college and never looked back. Instead she has forged ahead, obtaining degrees from three top-tier universities.

Furthermore, she has, in her own words, "charted my own little research agenda." While focusing on the role the Internet plays in adolescent development, Tynes is taking a close look at online victimization and how that relates to and/or is associated with psychological adjustment. She also studies how race and identity are constructed online.

Tynes aims to paint a holistic picture of the experiences adolescents and emerging adults have on the Internet.

"A lot of the media reports that you hear say, 'There's so much danger on the Internet and there are predators lurking,'" says Tynes. "I don't want to minimize the fact that kids experience online victimization, including sexual solicitation and online racial discrimination, and that they have negative outcomes that are associated with those experiences, but I also like to focus on the educational and psychosocial benefits of the Internet."
Tynes' area of research came into focus as a graduate student while working on UCLA psychology professor Dr. Patricia Greenfield's National Science Foundation study on the construction of sexual identity online.

"We were supposed to identify utterances that had to do with sexual identity and I saw all of these racial epithets in the transcript. I said, 'This is what I'm going to study,'" says Tynes. "There wasn't much (research) out there. Still there is relatively little out there on racial issues and the Internet."

Dr. Helen Neville, professor of counseling and educational psychology at the University of Illinois, Urbana-Champaign, notes that Tynes published the first empirical study to show a link between online racial discrimination, depressive symptoms and anxiety.

Tynes has examined the interface between technology and race in several publications, including Developmental Psychology, the Journal of Applied Developmental Psychology and The Black Scholar. In addition, she has plans to conduct a longitudinal study of online racial discrimination. She hopes the new year will bring the research grant she's been waiting for.

In the meantime, Tynes continues to prepare for the upcoming tenure process and acknowledges that a number of people have helped her to get where she is, namely her mother who raised three children as a single parent while working for Chrysler as a press operator. She tried to provide opportunities for Tynes and her siblings that she didn't have growing up. And what did her mother think about the two-year modeling stint in New York?

"I later found out that she was scared out of her wits," says Tynes. "But she let me go!" 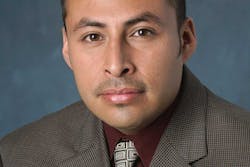 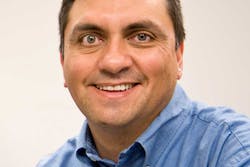 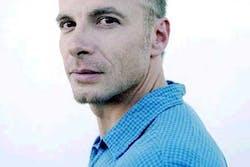 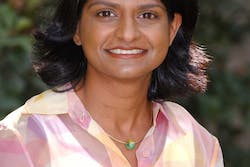