Career mentor: Toni Morrison
Have you always wanted to be a writer? "If I wasn't allowed to be me, I would be the musician Prince."

"Be unafraid! Strike out in new directions for yourself. The real purpose of scholarship is to do new work that is far out and away from the pack." This is the advice David Treuer has for budding scholars.

Treuer's brash virtuosity has served him well. He has authored several successful novels, including The Translation of Dr. Appelles and The Hiawatha, and served on the editorial board of the newly released A New Literary History of American Literature edited by Dr. Werner Sollors and Greil Marcus. He is the recipient of several prestigious awards, including a Guggenheim Fellowship, McKnight Presidential Fellowship and Franklin Research Award from the American Philosophical Society.

Underpinning the fire works of his career, however, is an abiding love for his culture, community and family. Primarily raised on the Leech Lake Reservation in Minnesota, he treasures his Ojibwe language and religion. "I am connected to Leech Lake by bonds of religion and kinship in ways I can't begin to tabulate," he says. This connection, he says, feeds him physically, spiritually and emotionally.

He recalls that the author Toni Morrison, his academic adviser at Princeton University, suggested he devote himself to something larger than his writing. He has taken her advice to heart. Passionate about Ojibwe language and cultural preservation, he is immersed in community activities that further this goal.

Surprisingly, Treuer did not always want to be a writer. As an undergraduate at Princeton, he was interested in classical music composition. Fortunately, he soon learned his talent did not lie in music.

"I'm so lucky I found this out at a young age rather than wasting my time pursuing something I could never attain," he says.

He still has an appreciation for music and the talent that produces it.

"I admire the musician Prince's virtuosity, his ability to do what he wants to do. I think that I approach this same thing with my writing," he observes.

Treuer pursued his graduate work in the field of anthropology because, he says, he enjoys a good fight. This refers to the typical Western perspective inherent in anthropology's study of native peoples. He developed an interest in the critiques of power that inform anthropology and other disciplines as well as ways in which these power themes are woven into narratives. He developed an interest in the construction of the novel. "I fell in love with the process, the doing of writing," he says.

Sollors, a professor of English literature and African American studies at Harvard University, describes Treuer's writing as being in the style of William Faulkner and Toni Morrison. "He writes in a very good modern way but at the same time deals with crucial issues that face native people," says Sollors.

As one of only a few American Indian academics, Treuer often advises the new generation of American Indian students. In response to why so few Indians pursue a career in academia, he says Indians sometimes feel guilty about personal success and achievement. "So often, we (Indians) internalize what we have lost, our hard times and difficulties. There is so much more to us than what we have lost," he says. "My advice to young Indian students is to be unapologetic about their success. We tell our young people it is OK to fail.
We need to also tell them it is OK to strive." 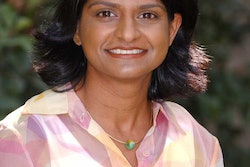