Advice for new faculty members: “Be yourself. Follow your instincts into what you’re interested in pursuing in your academic life.”

After watching the major motion picture “Ray,” which chronicled the life of musician Ray Charles, Dr. Osagie Obasogie grew curious about how blind people understand and experience race and racism. He wondered whether the absence of sight shielded people from the day-to-day realities of race in this country.

When he found no published research on this subject, he tackled it.

What emerged was a path-breaking study that raised doubts about the effectiveness of color-blind laws and practices. Obasogie’s research earned him the inaugural John Hope Franklin prize for outstanding scholarship from the Law and Society Association in 2011 as well as a Stanford University Press book contract. In short, the sociologist and law professor discovered that blind Americans frequently grasp and experience race much the same way sighted Americans do — visually.

Obasogie interviewed 59 adults who were born totally blind so that survey results would not be skewed by people with memories of skin color they had seen before losing their sight. He asked how they defined race; what their early memories of race were; and whether knowing someone’s race was useful. He asked the same questions of sighted adults, too. The results?

“Race and racial thinking are encoded into individuals through iterative social practices that train people to think a certain way about the world,” he wrote in a 2010 Law & Society Review article. “These practices are so strong that even blind people, in a conceptual sense, ‘see’ race (which) becomes visually salient through constitutive social practices that give rise to visual understandings of racial difference for blind and sighted people alike.”

Blind person after blind person shared childhood stories with Obasogie of how parents and others taught them about the significance of race. They not only learned that skin color — specifically light and dark — and other visual cues differentiated one race from another, but that race relations resulted from social behaviors and expectations among racial groups.

For instance, many blind White respondents recalled their parents regularly using slurs to refer to Blacks. Blind Black respondents recalled how other blind people would reach out to feel their hair to learn their race, then often treat them differently once they realized they were Black. Their comments and anecdotes, Obasogie says, held similar themes as those of sighted respondents.

“The blind people were tired of being stereotyped as living in racial utopia. No one thought they had to deal with issues of race, which they found offensive.”

Obasogie is writing a book tentatively titled Blinded by Sight, which is based on his findings. “I feel like an archaeologist who digs and digs until reaching a nugget of truth.”

When Obasogie switched undergraduate majors from psychology to sociology more than a decade ago, a friend joked that he was merely meandering “from studies of the obvious to studies of the painfully obvious,” Obasogie recalls. “Yet, sociologists are responsible for investigating topics that, on the surface, seem easy but turn out to be nuanced and complicated. Such as the question of how blind people experience race. And that’s the fun of it.”

Obasogie hopes his project with the blind can influence national discourse, especially regarding race-neutral social and legal policies.

“Any commitment to racial justice needs deeper engagement with race as a social and cultural issue rather than relying upon racial non-recognition,” he wrote in Law & Society Review.

Dr. Troy Duster, a chancellor’s professor emeritus in sociology at the University of California, Berkeley, collaborated with Obasogie on a 2011 journal article examining the racial implications of expanded usage of DNA forensics for the Hastings Center Report.

“He combines a sedate and dignified approach to contentious social issues with an intensity and commitment that is fierce and unwavering,” Duster says. “I have always imagined how effective he would be as a trial lawyer — but, fortunately, he has turned his analytic skills to elevating a more general discourse.” 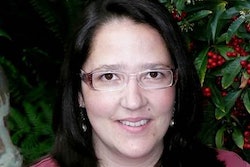