Words of wisdom: Make sure to have fun because fun fuels the fi re. And you are going to need the fire to light your imagination, to innovate.

Dr.  Franklin West works seven days a week, but, with enthusiasm, he says his career is more a lifestyle than a job. And it is easy to understand his drive: As a researcher studying stem cell biology and regenerative medicine, West’s potential successes have wide-ranging implications.

“I feel like we’re really going to help people and make some significant changes with these therapies that we’re developing, and I think that’s what keeps me going,” he says.

West, who has been interested in science since collecting bugs as a preschooler with his Air Force dad, already has contributed to significant innovations in the field. As an assistant research scientist, for instance, he worked with his University of Georgia adviser, Dr. Steven Stice, to reprogram pig bone marrow cells into stem cells that can turn into any cell in the body. They then injected those powerful cells into pig embryos that were put into female pigs and developed into piglets that were born in September 2009.

Pigs have a similar anatomy and physiology to humans, so the effort’s landmark success means stem cell therapies that work on mice can potentially be tested on pigs before being applied to humans.

“We think we can use the pig model as an excellent way to figure out what we need to do to help treat people with neurological conditions [like stroke and traumatic brain injuries],” West says.

Likewise, the research also could lead to ways to produce disease-resistant animals. West and other researchers are working on that pursuit with a $1.6 million grant from The Bill & Melinda Gates Foundation. Protecting chickens in Africa from the fatal Newcastle disease, for example, would in turn help protect the livelihoods of the farmers who raise them.

West’s lab also explores ways to turn human stem cells into sperm, which could ultimately lead to understanding the reasons behind infertility and disorders such as Down syndrome. But the knowledge learned also could help save genetic diversity in endangered animals, which is reduced when smaller numbers mate. West once thought he would work with animals in a different way, as a veterinarian. But allergies, which were exacerbated when he studied yellow baboons in Kenya during college internships, led him to alter his plans of pursuing a D.V.M./Ph.D. to focus solely on his passion of science.

As a recipient of a David and Lucile Packard scholarship designed to encourage more minority students to go to graduate school to study science, technology, engineering and mathematics, or STEM, West had an opportunity during his freshman year at Morehouse College to work in the lab of Dr. Lawrence Blumer. West researched mate choice in insects. “It was such a transformative experience for me, and I had such a good time,” West says. “It was just eye opening.”

This year, West brought eight undergraduates into his lab after asking students in his animal biotechnology class if anyone would like to help on a project.

“One-third of the class said they wanted to participate, which is pretty crazy because normally it’s hard to get undergraduates enthusiastic about hard-core science,” West says. “I was excited that they were excited.”

The willingness of such a high-caliber researcher to invite young scholars to assist with complex research has not gone unnoticed by the university.

“It takes more work on the part of folks in the lab to work with undergraduates to help bring them up to a certain point, and that shows a real commitment on [West’s] part to undergraduate education,” says Dr. Michelle Garfield Cook, interim associate provost for institutional diversity at the University of Georgia.

Cook says students also benefit from West’s engaging nature and accessibility and from seeing the success of someone whose minority status is underrepresented in the sciences. Cook says, “His very presence on campus, in terms of being an active and successful researcher, sends a very positive message to our student population about their ability to engage in meaningful research and be successful at it themselves.” 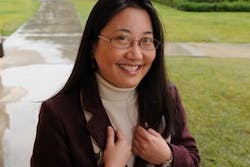 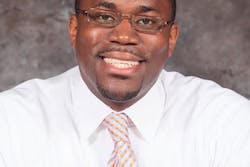 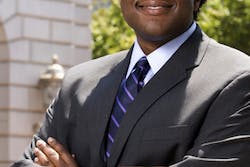 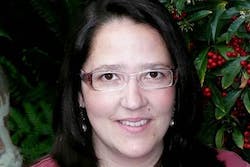