Words of wisdom/advice for new faculty members: “Technology can simplify your life, but no amount of phone calls, emails, and instant messaging can beat a good face-to-face chat with your collaborators.”

At 31 years old, Dr. Brian K. Lee has emerged as an innovative thinker within epidemiological research at one of the nation’s leading centers for autism epidemiology. With what those in his field describe as a rare mix of intellectual curiosity and methodological rigor, Lee’s work to improve the health of communities faced with disparities is yielding substantial findings.

Born and raised in North Dakota, the son of a doctor, Lee says he thought his life’s work would follow his father’s footsteps in medicine. It was as an undergraduate at Harvard University, however, that he realized he wanted a broader perspective of health matters. “I thought anthropology was cool because of the interplay of science, society and culture,” Lee says. He graduated from Harvard in 2003 with a bachelor’s degree in biological anthropology, calling it the first step toward a career in public health.

Today, Lee is an assistant professor of epidemiology and biostatistics at the Drexel University School of Public Health and research fellow at the A.J. Drexel Autism Institute. “We in epidemiology always deal with the link between risk factors and outcomes, but the big question is whether or not we can actually trust the statistical associations we observe,” says Lee. “What I do is deal with the statistical methodology that underlies various studies.

The second thing I do is the applied research, and my interest happens to be in neuroepidemiology, things like autism spectrum disorders and cognitive decline during aging.”

Dr. Craig Newschaffer first met Lee as a graduate student in the doctoral program at Johns Hopkins. Newschaffer was then a professor, and now he’s the director of the A.J. Drexel Autism Institute, where Lee is a research fellow.

Newschaffer says one of the challenges that epidemiology faces as a science is trying to infer causal relationships between variables and outcomes. “Our science doesn’t randomize experience. We can only observe,” he says. “That is the biggest problem when it comes to parsing out a causal relationship in your analysis. Brian’s experience working with large data sets and applying methods previously unexploited in the field, such as propensity scoring, allows him to build more complicated models and answer bigger questions in epidemiology.”

Lee’s most recent work, published in BJOG: An International Journal of Obstetrics and Gynaecology, is one such example of this dynamic methodological approach.

Lee and a team of Swedish researchers studied nearly 650,000 birth records from the Swedish Medical Birth Register to determine risks for gestational hypertensive disorders and pre-eclampsia. They did a complex analysis that involved comparing delivery records and mothers’ discharge records. The study is the largest of its kind and has tremendous implications for the study of risk factors for pre-eclampsia, a leading cause of maternal mortality.

Aside from his skill as a researcher, Lee’s colleagues at Drexel say he stands out for his care and dexterity as an educator. “He’s outstanding at balancing his work as professor and researcher,” says Newschaffer. “Brian has, for a younger professor, an affinity for a more traditional approach — especially with doctoral education. He really likes the idea of working closely with students one-on-one. As he moves on in his career, I wouldn’t be surprised if he finds himself in a position to influence doctoral training programs in a shift toward that direction in the field.”

For now, Lee is engaged in his work teaching students at Drexel and publishing research on numerous topics, including maternal antidepressant use during pregnancy and the risk of autism spectrum disorders. 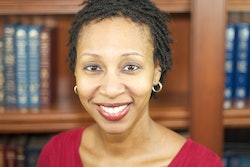 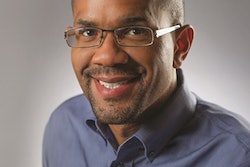 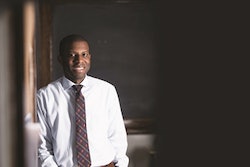 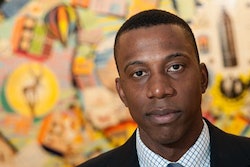