Words of Wisdom/Advice for New Faculty Members:“The most important thing is to start identifying your scholarly identity as it relates to what motivated you to join the academy. Don’t allow others to dictate how you should write and what you should write. It’s important that you have a clear idea of why you joined the academy and what are your personal and professional goals.”

Sahar F. Aziz has the distinction of having at least two racial identities. “In the U.S, I am a racial, ethnic minority,” says Aziz, the daughter of Egyptian immigrants who was also born in Cairo herself. “In Egypt, I am not completely a member of the majority because I was not raised there. I have outsider status and so I straddle both worlds.”

Th at dual identity has piqued her interest in writing about legal and social justice in both the United States and the Middle East.

As an associate law professor at Texas A&M University, Aziz has been spending quite a bit of time thinking about
“individual rights” in the years since the Sept. 11 attacks. During that time, she was still in law school at The University of Texas at Austin and watched as Islam was demonized.

“I spent many of my law school years researching and engaging the issue,” says Aziz, who works with the American Civil Liberties Union to advocate for Arab Americans who are discriminated by the law. “Th e media demonized people who were Muslims. That caused me to research the topic.”

At the same time that she was exploring issues of race and ethnicity in the United States, several years later, the Arab Spring — a revolutionary wave of demonstrations and protests that began in 2010 — took hold of Egypt and positioned the country as a regional powerhouse. She realized then that more research was needed to examine legal issues in the burgeoning democracy.

When Aziz entered law school, she knew that she wanted to be a civil rights lawyer who would actively champion the causes of other Arabs facing discrimination in the United States.

“I felt we were the vanguard of individual rights,” she says of the small group of Arab American lawyers she knew. “I took very seriously the ideas that I was taught in law school.”

After working for a big law firm, she joined the civil rights division of the Department of Homeland Security but
quickly learned “what you can and cannot do in government” as an employee. Eager to engage in research, she realized that the academy could be a permanent home for her growing interests and her activism.

“You can’t talk about national security without talking about the Middle East,” says Aziz, who has broadened her research, writing about the unequal distribution of wealth across racial lines in the United States, the disparities in the criminal justice system and the over-policing of minority communities in the United States. She prides herself on making her scholarship accessible to the masses.

While other countries look to the United States as an international model, Aziz says that “it’s very hard to protect rights abroad when we have these very serious problems here,” she points to the recent police shooting of Michael Brown as evidence of the need for serious reform.

Andrew P. Morriss, dean and the Anthony G. Buzbee Dean’s Endowed Chairholder of Texas A&M University University School of Law, says that Aziz has been active in mentoring women and students who were the first in their families to attend college.

“Prof. Aziz is tireless in her eff orts to create opportunities for students at Texas A&M School of Law,” says Morriss. “She organizes multiple events each semester for the entire student body, bringing important national and international figures to campus to discuss important issues. In addition to being a productive scholar, she is a demanding teacher who both commands respect from her students and invests considerable time and energy in
improving their performance.” 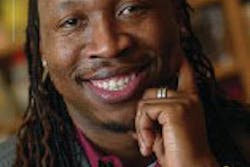 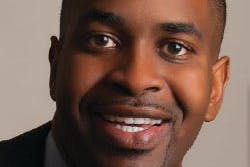 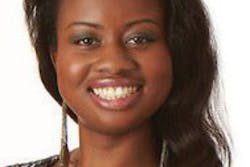 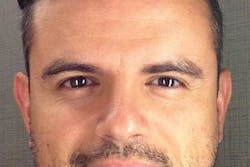