Words of Wisdom/Advice for New Faculty Members:
“Succeeding within the current tenure system often works to justify the narrowness of the tenure system’s parameters. This happens, most perniciously, when junior faculty undergoing the tenure process develop habits (e.g., prioritizing research over teaching, devaluing collaborative research and refusing important service work) that are hard to undo after tenure, not to mention hard not to replicate when mentoring new junior faculty on how to successfully navigate the academy. As a scholar who has recently achieved tenure, I encourage skepticism with regard to an overly celebratory attribution of this success to institutional progress.”

Growing up, Dr. Ernesto Javier Martínez split his time between Oakland, California, and a small town near Guadalajara, Mexico. Every other year, the family moved back and forth between the two countries. Martínez’s father, a gardener, was happy that his children would know what it was like to live in the countryside, many worlds away from the urban streets of Oakland.

Moving between two worlds helped Martínez hone his knack for looking at the spaces he inhabited critically, a skill he carried with him as he pursued a bachelor’s degree in English at Stanford University and went on to Cornell University for a master’s and a Ph.D.

“Any time you are alternating different societal locations, that brings with it a whole set of expectations and norms. When they’re very diff erent, you can’t help but compare,” says Dr. Paula M. L. Moya, an associate professor at Stanford.

Moya was Martínez’s adviser at Stanford, and collaborated with him on the Future of Minority Studies Research Project collective, a group of scholars who consider and write about minority identities, initiated in 2000.

Martínez is now an associate professor of ethnic studies and women’s and gender studies at the University of Oregon. Though he is tenured, he is not complacent, and has turned an investigative eye to problems of diversity at institutions of higher learning.

“My core work is on the contributions of racial and sexual minorities to contemporary social theories. I’m also interested in figuring out — not just studying — what’s happening in the institutions where we’re producing this
knowledge,” Martínez says.

Too oft en, Martínez says, institutions champion diversity as a value, but then fail to transform existing practices. One critical example of this is the way in which institutions inadvertently discourage junior faculty of color from taking risks and producing innovative work.

“If you’re really challenging the borders of disciplines, the journals that defend those disciplines won’t want to publish
you,” Martínez says. But faculty vying for tenure know that institutions place a premium on articles published in top journals. As a result, young faculty may take fewer risks with their academic work.

In October, Martínez published The Truly Diverse Faculty: New Dialogues in American Higher Education with co-editor Dr. Stephanie A. Fryberg, which tackles problems of diversity through a dialogue between junior faculty of color and senior administrators.

“In the volume, we have the beginnings of a conversation, and a very different one, I might add, about the ways that
universities sometimes over-idealize their commitment to diversity,” Martínez says. “The reality is that, on the ground, the commitment can often be shallow. It positions [junior faculty of color] to be seen as struggling, because when we invest in the institution to make substantive change, the institution says, ‘You’re not paying enough attention to your research.’”

Martínez’s next project is a multiyear LGBTQ Latino/Latina story-telling initiative, a collaboration with artist Rigoberto Gonzalez and playwright and actor Adelina Anthony designed to help connect writers with queer Latino youth. Their goal is to “challenge the erasure and distortion of LGBTQ Latina/o lives” and to inspire future artistic collaborations seeking to make a positive impact in the community.

“I read his work with great interest, always,” says Moya. “I think he’s incredibly insightful about human psychology, motivation and the aesthetic strategies by which people manifest those things.” 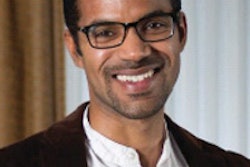