Words of wisdom/advice for new faculty members: Do things that you really want to do and believe in and not just for a career move.

Dr. Wendy Cheng has found a way to combine her love for photography into her ongoing scholarship of tackling issues of racism and structural inequalities.

Cheng, an assistant professor of Asian American Pacific Studies and Justice and Social Inquiry at Arizona State University, uses the lenses of the camera to “open eyes to the wider world” where ethnic studies and geography are part of the everyday landscape.

Cheng is the daughter of Taiwanese immigrants who came to the United States for grad school but became activists for Taiwanese independence and were later blacklisted from returning to their country. She grew up in middle- and upper middle class, predominantly White communities in San Diego.

During her years as a graduate student, Cheng began to closely examine the intersection of issues such as race, class and space in American society. Her current research examines shifting demographics, particularly among people of color. Her 2013 book The Changs Next Door to the Díazes: Remapping Race in Suburban California won the 2014 Book Award from the American Sociological Association’s Section on Asia and Asian America.

In The Changs Next Door to the Díazes, Cheng examines racial formation through the experiences and perspectives of residents of a majority non-White, multiracial suburb.

“My work looks at how people think and live in communities of color,” says Cheng. “There have always been communities where people live their lives not totally dictated by White dominance. These are multiracial spaces.”

Her first book, A People’s Guide to Los Angeles, was published by the University of California Press in 2012 and is coauthored with Laura Pulido and Laura Barraclough. It, too, has received accolades: the American Association of Geographers’ 2012 Globe Book Award for Public Understanding of Geography and the Southern California Independent Booksellers Association’s 2012 Book Prize for Nonfiction.

Cheng, who is currently going through the tenured process, landed a one-year teaching postdoctoral position at New York University aft er she graduated from the University of Southern California. She was off ered a tenure-track position at Arizona State University in 2010, where she now teaches at the graduate and undergraduate level.

In her classes, she helps her students engage at looking specifically at the “production of inequality” throughout Arizona, which has had its fair share of racial woes.

These interactive forms of engagements help students feel like they are “creating knowledge, not just absorbing it,” says Cheng, adding that she sees her role as an instructor to help “make the everyday world come alive” for her students.

Outside of the classroom, she is a founding member of the ASU Ethnic Studies Working Group (ESWG) and the Arizona Ethnic Studies Network, and has been active in promoting awareness at Arizona State, especially on the Tempe campus.

“It’s exhausting,” she says of the racial climate in Arizona. “We feel we have to work so hard to get recognition for the small things. But it makes it feel worthwhile when students feel that they can speak up about things and not have ideas imposed on them.”

Dr. Mary Margaret Fonow, founding and current director of the School of Social Transformation and a professor of Women and Gender Studies at Arizona State, praised Cheng’s research and teaching.

“Dr. Cheng demonstrates consistently — in her advocacy, research, and teaching — a commitment to promoting a more just and inclusive future. She connects her students to their communities and histories, and she connects her peers to one another to develop new collaborations and opportunities,” says Fonow.

“In her relatively young career, Dr. Wendy Cheng has already emerged as a scholar committed to social justice and transforming the ways we understand and practice social transformations.” 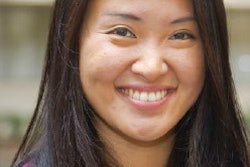 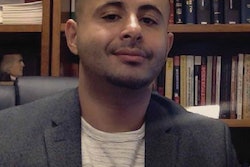