Words of wisdom/advice for new faculty members:
When it comes to research and teaching, follow your heart and imagination.

Dr. Amber Wiley grew up in Oklahoma, but by the time she was in middle school and high school, Las Vegas, San Francisco and a host of other big cities had become familiar destinations. For her parents, both dermatologists, attending medical conferences across the United States was a family affair for Wiley and her brother. Those travel experiences, Wiley says, ignited her interest in architecture. They soaked up the architecture — the beauty and the lines of large high-rise buildings just springing up throughout the city in those days, dramatically altering the skyline.

Even when the venues repeated, Wiley never grew tired of the places and spaces she and her family visited. Looking back, Wiley says that it was “differences” from city to city that held the most appeal.

“What interested and excited me when I was younger,” she remembers, “was seeing how all these cities had an identity, a personality and an atmosphere that I could appreciate.” Not much has changed. Wiley says these are among things that still captivate her, even the familiar places like pockets of her hometown that are now transitioning.

Today, though, the award-winning architectural and urban historian sees the world and the places and spaces in it through a much wider lens. In 2013, when she was teaching world architecture at Tulane University, Wiley had never actually visited many of the buildings she described in her lectures. That all changed when she was awarded the inaugural H. Allen Brooks Traveling Fellowship from the Society of Architectural Historians in 2013. She spent a year traveling to countries in the Americas, Africa and Asia, many of which “had complicated histories” and still bore the weight of colonialism, she says of a journey that “was life-changing.”

Back in the United States, Wiley continues to take in “the built environment” and look beyond it to the “social issues that relate to design.” For Wiley, that focus also incorporates “how preservation and architecture contribute to the creation and maintenance of the identity and sense of place” of a city.

That’s why Wiley is fond of dubbing herself “a professor of place.”

Just don’t call this Yale University-trained architecture graduate an architect, offers Wiley with a light-hearted warning. Since an undergraduate, she has been determined “to make sure that narratives and stories other than just those from Western architecture were being told.”

As a career, Wiley shunned what she saw as architecture’s limits to her creativity and influence on design, spaces and their usage. Th at means ensuring that “people don’t divorce buildings from neighborhoods and the everyday spaces that people occupy” — Wiley’s aim as a scholar and professor at Skidmore College.

Says Wiley: “I am dedicated to teaching and bringing lesser-known histories of design and culture to my students.”

Dr. Richard Longstreth, a professor of American studies at George Washington University, taught and mentored Wiley as a graduate student. He remembers a young scholar whose scholarship “was not bound by convention. It seemed to come naturally to Amber and it’s something that we encouraged. We are incredibly proud of what she has gone on to accomplish.”

Wiley partly thanks her grandfather, Clarence H. Dudley Sr., for sparking her interest in African-American cultural heritage and the built environment of Washington, D.C. Dudley first taught his granddaughter about his neighborhood in LeDroit Park, adjacent to Howard University. For her thesis statement at Yale, Wiley made the social history and architecture of LeDroit Park her subject.

In 2014, Wiley won the Bishir Prize for her research and paper on the history, use and demolition of the legendary Dunbar High School, the nation’s first public high school for Black students. The paper, “The Dunbar High School Dilemma: Architecture, Power, and African- American Cultural Heritage,” reflects the topics Wiley says she thinks deeply about: “culture, geography, design, preservation, and public history,” and demonstrates how she knits them together through her scholarship. 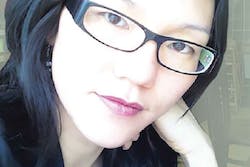 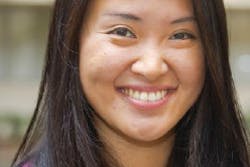 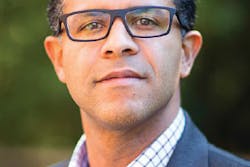 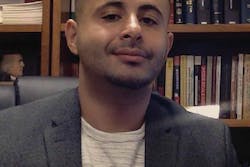