Words of wisdom/advice for new faculty members:
When it comes to research and teaching, follow your heart and imagination.

Dr. Luisa Heredia describes herself as both activist and scholar, stemming from her early life in California.

Born in the Golden State, Heredia describes her background as “multiethnic” — she is of Ecuadorian, Mexican and Filipino heritage. “I saw the immigrant experience firsthand growing up,” she says, explaining that her maternal grandparents were farm workers and her father, who emigrated from Ecuador, “was undocumented at one point early on, so even though he had U.S.-born children and my mom was a U.S. citizen, he had some trouble obtaining legal status.”

Her family’s experiences helped shape her political and social views, which she began expressing in the form of protest as a teenager in California during the 1990s. “ e anti-immigrant initiative Proposition 187 was on the ballot, and I organized against it when I was in high school,” she says. “So I’ve kind of grown up with this strong sense of activism and of giving back to the community.”

When she entered college, Heredia says she was intrigued by her courses in sociology, but by the time she reached graduate school at Harvard she noticed “there was kind of a lack of documentation of my community’s struggle within this fi eld. ... I’ve always had a commitment to thinking about how academia could help us to help our communities, and how we could make sure that our stories were being told.”

Now, as the Joanne Woodward Chair in Public Policy at Sarah Lawrence College, her publications include the telling of those stories. Her article, “More than DREAMS: How DREAMer Activism is Breaking Down the Walls  at Divide the Undocumented Community,” published in May 2016 in the North American Congress on Latin America (NACLA) “Report on the Americas,” examines the issue from the perspective of the individuals on the front line of the protests.

Approximately 800,000 young people known as DREAMers (originally from the Development, Relief, and Education for Alien Minors Act, it now refers to President Obama’s Deferred Action for Childhood Arrivals program), are undocumented immigrants who were brought to the United States by their parents when they were young children.

“Over the past fi ve years, undocumented young people have forced their plight onto the national political agenda through, among their other strategies, a series of high-risk and high-profile direct action campaigns,” Heredia writes in the NACLA article, noting that the protesters “were risking deportation by forcing an interaction with the police.” In another article “Of Radicals and DREAMers: Harnessing Exceptionality to Challenge Immigration Control” in the Association of Mexican American Educators Journal, Heredia explores the disciplined public campaigns that undocumented youth have launched through various “tactical innovations.”

She also has a book project in progress that examines the Catholic Church’s immigrant rights activism and policy campaigns.

Judith Schwartzstein, director of public aff airs at Sarah Lawrence College, says that Heredia’s scholarship “traces multiple facets of the immigrant rights movement” and that she has a “commitment to socially engaged scholarship and teaching that set her apart from her peers.”

Schwartzstein says that Heredia urges her students to include public service in their research projects. “For example, in her citizenship and hierarchy course students were required to pair research with action,” which Schwartzstein says resulted in such projects as a live podcast on food justice, a curriculum on environmental justice for youth of diff erent ages, and critical analyses on community gardens and on nonviolence in protests.

Heredia believes it’s important “to foster students’ critical lenses on society” while also fostering their engagement in their communities. “I think we all have a responsibility to not only understand the world around us,” she says, “but to try to change what’s happening in the world.” 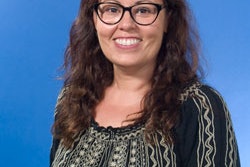 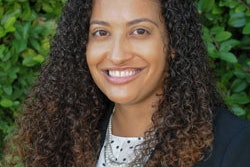 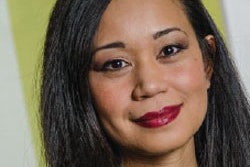 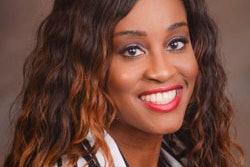