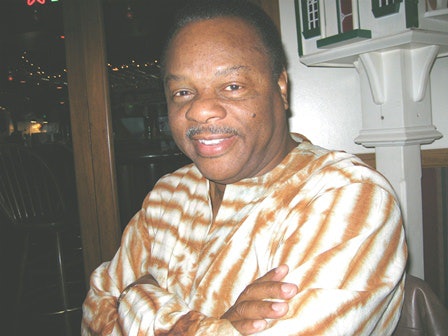 Drew Brown had several admission offers from prestigious doctoral programs across the country when he decided two years ago to further his graduate study.

But Temple University’s doctoral program in African-American studies quickly rose to the top of his list. Its esteemed faculty members, coupled with the school’s reputation as the first degree-granting doctoral program in African-American studies in the world, appealed to this native from Windsor Ontario, Canada, who has plans to one day become a university professor.

Now, halfway into his second year at Temple, Brown says that he’s deeply concerned about the program’s reputation, claiming that the university has actively taken steps to undermine the department’s self-efficacy. He and members of the Organization of African American Studies Graduate Students recently sent an open letter to the school’s president, provost and board of trustees, complaining about the administration’s treatment of the department, which has about 30 graduate students and more than a hundred undergraduate majors.

Among their chief complaints is the decision by Dr. Teresa Soufas, the dean of the College of Liberal Arts, to place the department in university receivership, meaning it had to relinquish control of the department to an external authority, earlier this year. Soufas appointed her vice dean, Dr. Jayne Drake, as the interim chair to run its day-to-day operations, which includes overseeing its seven full-time faculty members. The move came after Dr. Nathaniel Norment retired in July after serving as chair of the department since 2001.

Administrators at Temple say that it was an effort to help the department refocus on recruiting more majors and strengthening its course offerings, but others saw the move as a top-down approach by a White dean to strip a department of its governance structure.

“One could easily draw the impression that the dean is trying to get rid of the department,” says Dr. Molefi Kete Asante, who founded the doctoral program in 1988 and is one of the nation’s foremost scholars on Afrocentrism. “In fact, she arbitrarily split a line between the history department and the African-American studies department, which had never happened before. This was an African-American studies line that was split, and therefore, students and faculty could get the impression that we were losing positions and autonomy.”

After Norment retired in July, Soufas informed the department that it had two weeks to recommend an interim chair. Faculty members selected Dr. Kariamu Welsh, a well-respected professor in Temple’s Boyer College of Music and Dance, but her nomination was eventually rejected.

Soufas declined to comment on the reason why Welsh, an expert in African dance, who had already served as the chair of the dance department for many years, had not been appointed to the post. Welsh did not return email and phone calls seeking comment.

But Asante says that “the majority of the faculty recommended her and therefore the dean was morally obliged to honor their recommendation.” Because he was once married to Welsh and together they have a son, MK, a professor of creative writing at Morgan State University, Asante recused himself from participating in the department vote.

Soufas then gave the department another week, according to Asante, to recommend someone to the position. When a name was not provided, she placed the department in receivership and appointed her deputy as a caretaker administrator, angering many faculty and students.

“Although we have no issues or personal problems with Vice Dean Drake or her administrative capabilities, we do feel as though her appointment is an act of complete disrespect to our department,” the graduate students wrote in their open letter that was circulated to students and faculty across the country through various emails and listservs.

The letter continues, “We held a democratic selection process to find an interim chair position, yet our department was never given a specific reason for the denial of our request. In addition, Dean Drake is not theoretically based or epistemologically trained in the discipline of African American Studies. Therefore, we ask two questions: How can she hold the best interest of our department at heart when she is not knowledgeable of or trained in the theories and paradigms of our discipline? And why is it that we cannot have the freedom, liberty, and self-determination to choose who we, as a collective, feel is best suited to move our department forward to new horizons?”

Drake, a scholar of American literature, declined to comment on the controversy, but Soufas says that she stands by her decision to appoint her to the position, adding that the department needs to focus its energy on rebuilding, including adding and revising new course offerings.

“One of my responsibilities is to pick the right person to chair the department,” she says. “Dean Drake brings enormous administrative skills to the job and is the right person at this time. I would do it again.”

She adds that Drake’s role in the department is only temporary and that plans are already in place to hire a full-time chairperson during the 2013-2014 academic year. Due to budgetary concerns, the university had prohibited departments from hiring outside the assistant professor level, but a search will soon be initiated for the department to hire a senior scholar among their ranks.

The graduate students also chided the administration for refusing to provide them with a copy of an external report of the department that was conducted a year earlier and that details some of the strengths and weaknesses of the department. But Soufas says that it is not university policy to provide access to reports deemed as confidential to graduate or undergraduate students.

“Students—graduates and undergraduates—were actively interviewed for the report, and, since they were participants who fully expected to know what the results were, they should have been allowed to see the conclusions of the three people who interviewed them,” he says. “I have conducted at least 12 reviews, and this is the first time I have heard that the people interviewed are barred from the report. Traditionally, students are allowed in other departments to see their reports. Why this was not so in our department is the question. As for me, I believe in transparency and democracy.”

Temple’s African-American studies program has had its share of documented problems, including public conflicts between its most visible and recognized faculty. Norment and Asante, for example, regularly clashed over the years, with Asante—a longtime chair of the department—accusing Norment of missteps and faulting the administration for “supporting a weak and incompetent leadership for so many years.”

“The previous chair came out of a department of English and had little passion for leadership in the discipline. This is because he did not have any real understanding of the discipline,” says Asante. “Temple's department should have been a clarion voice for discipline leadership in hiring. However, Dean Soufas, with the aid of the previous chair, Nate Norment, seemed to make it a point to destroy the will of the department to maintain its leadership in the field. They did not permit us to hire people with doctorates in Africana studies. We have vigorously objected to this action. Since the dean has a strong say in who is hired at our university, regardless of the faculty's recommendation, we have not hired a Ph.D. in Africana studies, although we created the degree 25 years ago and have graduated more than 140 doctorates ourselves.”

Norment declined to comment, only saying that, “as a longtime faculty member in the African-American studies department at Temple, I am very concerned about the current state of affairs that the department appears to be in.”

But the back and forth between the department and the administration and years of backbiting within the department have led some to conclude that the university may, in fact, be looking to demolish the African-American studies department or merge it into another program, a charge that Soufas vehemently denies.

This article will appear in the 12/20 print edition of Diverse: Issues in Higher Education.