The rate at which Latino high school graduates enrolled in college reached a record high in 2012, and it exceeded that of Whites for the first time, a new Pew Research Center analysis has revealed.

“This milestone is the result of a long-term increase in Hispanic college-going that accelerated with the onset of the recession in 2008,” according to the analysis, titled “Hispanic High School Graduates Pass Whites in Rate of College Enrollment” by Pew researchers Richard Fry and Paul Taylor.

Compared to fall 2012 college enrollment by Latinos and Whites among high school graduates, African-Americans enrolled in college at a 63 percent rate. Asian enrollment was 84 percent, according to the analysis. Based on data from the U.S. Census Bureau, the Pew’s analysis featured enrollment numbers that included statistics from both two-year and four-year institutions.

Along with the data showing Latino progress, the Pew analysis documents how Latino students continue to trail Whites on a number of educational measures. For instance, only 56 percent of Latino college students enrolled in a four-year institution, compared to 72 percent of White college enrollees. The Latino students were less likely than Whites to be enrolled in college full-time and less likely to complete a bachelor’s degree, according to the analysis.

Deborah Santiago, the vice-president for policy and research at the ¡Excelencia! in Education advocacy organization, described the Pew’s analysis as one that “articulates an opportunity to focus on retention and completion.”

“While I think our college-going rate of traditional students is increasing and a little higher than Whites now, we have to make sure that we’re also graduating them,” she says.

Santiago notes that education researchers have documented that Latino students have grown increasingly college-oriented and are getting better academic preparation. “The data we see coming out of the U.S. Department of Education has shown that [Latino students] are getting more academically prepared,” she says.

“We are increasingly prepared; we are increasing representation. So [the Pew analysis] makes sense to me, and I do think the question becomes, ‘Are we making sure we are graduating them?’” says Santiago.

While the growth of Latino college enrollment reflects a consistent trend since the beginning of the new century, the Pew analysis speculates that Latino youth unemployment may help explain why the enrollment surge has been strong since 2008.

“It is possible that the rise in high school completion and college enrollment by Latino youths has been driven, at least in part, by their declining fortunes in the job market,” the analysis says.

“Since the onset of the recession at the end of 2007, unemployment among Latinos ages 16 to 24 has gone up by seven percentage points, compared with a five percentage point rise among White youths. With jobs harder to find, more Latino youths may have chosen to stay in school longer,” the analysis speculates.

Though the Pew analysis declines to give a full explanation behind Latino educational progress, it notes that, since 2008, “the Hispanic immediate college entry rate has increased from 62 percent to 69 percent” while it declined for Whites from 71 percent to 67 percent.

“The Pew Research Center has not rigorously analyzed the relationship between the labor market and college-going; thus we simply note the correlation without drawing a causal connection,” the analysis states. 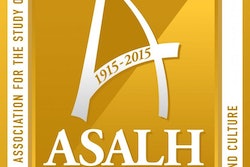 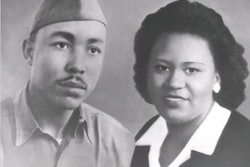