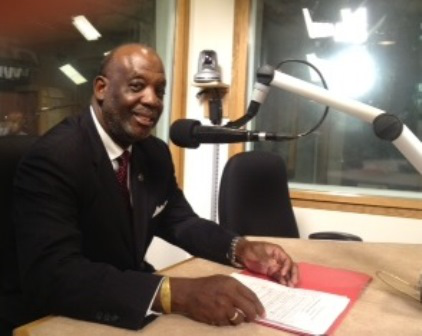 Historically Black colleges and universities (HBCUs) have long sought opportunities to expose and educate the public about the unique contributions they have made to American society.

Among such efforts, Howard University has put the resources and the prestige of its popular campus radio station behind the launch of the HBCU Channel on the SiriusXM satellite radio network system. Since mid-November, the Howard University Radio Network, which includes WHUR 96.3, has operated the HBCU Channel on SiriusXM channel 142 to deliver a wide range of programming that showcases the Black college experience.

“Howard University is excited to serve as the anchor for the HBCU Channel on SiriusXM … ” Frederick said in a statement. ”Our partnership with sister institutions on this groundbreaking effort reflects our continued commitment to collaboration and broadcasting excellence.”

“I think this is a tremendous opportunity for HBCUs to basically tell our unique story in one location and to do it nationwide,” he says.

The new venture is the second of two SiriusXM channels that were granted to Howard in the wake of the 2008 merger between the former Sirius and XM satellite radio networks. Under the direction of the Federal Communications Commission, the Howard University Radio Network and other nonprofit institutions applied and won approval from SiriusXM to launch new satellite radio channels as a condition of the radio network merger approval.

In December 2011, Howard launched H.U.R. Voices on SiriusXM channel 141. That channel features much of the content from the university’s WHUR 96.3 campus station, including programs such as the “Daily Drum” and the “Dr. Audrey Chapman Show.” Howard University Radio network general manager Jim Watkins said the new HBCU Channel is “building on the success we have had with SiriusXM.”

Regina Prude, director of proposal and grant research development at American Baptist College, said her school works with the Tennessee State University campus radio station to produce ”The Leadership Zone,” which she hosts, and “Plumbline,” the program hosted by the school’s president.

“After recently being recognized as an HBCU, our participation on the HBCU Channel has been another opportunity for us to make ourselves better known,” Prude said.

Virginia State University officials acted decisively to be among the first group of HBCUs to join the HBCU Channel, according to Jennifer Williamson, the program director at the school’s WVST radio station.

“We responded right away… . The idea was presented to us as ‘we’ve got a boat and this boat is going to some great places,’” Williamson said.

Holloway says new programs from additional schools will be added to the channel in the coming months. He adds that Howard University officials eventually would like to have all HBCUs contributing programming to the channel.

“We believe there’s plenty of programming time within a weekly schedule to accommodate the more than 100 historically Black schools,” he said.