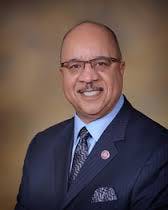 ORANGEBURG, S.C. ― South Carolina State University wants to draw more than $1 million from an emergency loan to pay employees and cover debt payments, according to the school’s president.

The school needs at least $1.2 million to make payroll and debt payments for June, President Thomas Elzey told The State newspaper on Tuesday. South Carolina State had hoped to have enough money to last through July 1, when the state’s new fiscal year starts, infusing the school with cash.

But, after revising budget projections, S.C. State needs about $500,000 to pay salaries next week and another $700,000 for debt payments in June, Elzey said.

Elzey had asked for nearly $14 million to pay bills that began piling up last fall at the state’s only public historically Black university. Last month, the Budget and Control Board approved a $6 million loan to pay the school’s oldest unpaid bills, but it’s unknown how the school will repay the money.

Friday marks the first meeting of a panel—including some S.C. State trustees and current and former university presidents—to discuss ways to help the school recover financially. Elzey and some trustees have expressed concern about the amount of authority that the panel of presidents might have over S.C. State, already under a “warning” status from its accrediting agency related to concerns about its governance and finances.

The university has trimmed some costs—instituting a hiring freeze and cutting its women’s golf program—and worked to turn around enrollment, which has dropped by a third since 2007. Applications are up more than 50 percent from a year ago, according to the school.

The state’s emergency loan also requires S.C. State to spend up to $500,000 on a financial consultant.