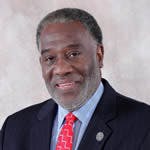 Elizabeth City State University appeared to be threatened with closure Thursday as the North Carolina State Senate called for eliminating “small, unprofitable” institutions and specifically named ECSU in a draft budget proposal for 2014-2015.

As one of 11 historically Black colleges and universities in the state and one of five public HBCUs, Elizabeth City State has struggled financially while experiencing a decline in enrollment. From 2010 to 2013, enrollment dropped from about 3,300 to 2,400, according to state reports.

“Given the needs facing the State, we are grateful that the Senate budget recognizes the need to invest in areas that are key to the future of the university, as highlighted in our strategic plan.”

However, ECSU Chancellor Charles Becton said in a statement released late Thursday, “In my view, ECSU is, and will remain, a vital part of the University of North Carolina system. It has always been the premier four-year educational, economic, and cultural entity in northeastern North Carolina.”

Becton also pointed out that ECSU is “a force for growth in northeastern North Carolina, bringing education, jobs, grants, and cultural events to a part of the state that has been historically underdeveloped.”

His statement also noted that during the school year, even with more than a $4 million budget deficit and an enrollment decline, “We had our largest fall and spring graduation classes. During this year, when naysayers question our worth, we have been recognized nationally for our educational and other offerings,” Becton said.

According to its vision statement, “ECSU, a constituent institution of the University of North Carolina, will be the premier public institution serving northeastern North Carolina, providing affordable academic programs and services of exceptional caliber in a nurturing environment.”

Also on Thursday, Dr. Everett Ward, the interim president of St. Augustine’s, a private HBCU in Raleigh, North Carolina, about 170 miles southwest of ECSU, met with employees to announce a restructuring.

According to a news release, 10 percent of the workforce will move to 10-month employment instead of year-round. Four percent of the university’s positions will be eliminated.

The university also will furlough most employees for one week July 7-12. Some campus departments, such as admissions, will alternate furloughs among employees to remain in operation.

Other campus facilities will be closed throughout the summer to save on energy costs, but grant-funded summer programs will continue.

Ward said in a news release that the changes were necessary to improve the school’s financial outlook, in the face of declining enrollment. St. Augustine’s website states they have “an average enrollment of approximately 1,500.”

According to media reports, St. Augustine’s University is under accreditation review by the Southern Association of College and Schools and is being investigated by the U.S. Department of Education.