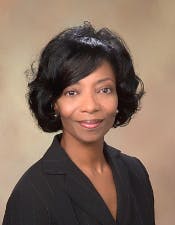 The university, which is in Itta Bena, hired Dr. Samuel McNair in 1977 as an associate professor of industrial technology and granted him tenure in 1982, U.S. District Judge Debra Brown said.

In November 2011, the faculty senate—of which McNair was president—passed a vote of no confidence in then-President Donna H. Oliver, based on complaints about declining enrollment, lack of faculty raises, treatment of faculty and her failure to aggressively pursue outside funds. As president, he notified Oliver of the results of that vote by letter.

The following February, he missed two classes while attending a meeting of the Institutions of Higher Learning (IHL) of Mississippi in his role as president of the faculty senate. According to the decision, after his return to campus, the interim chair of his department told McNair he would need written approval from the administration for permission to attend future IHL meetings.

In March 2012, the chair denied his request to make a student internship development trip to Texas. The same month, McNair was docked three day’s pay for missing a class, and in April he attended another IHL meeting without administration approval, missing two classes.

In May 2012, the dean of the College of Education notified McNair that he would be terminated, and a hearing committee upheld that recommendation based on McNair’s disobedience of his chair and the administration.

McNair sued for breach of contract, conspiracy, bad faith, wrongful termination, and violations of due process, free speech and labor law. In part, the suit contended that the termination came in retaliation for comments critical of the president and the faculty senate’s no-confidence vote.

MVSU denied liability and argued that McNair was justifiably terminated for failing to teach his classes.

In her decision throwing out the case, Brown said McNair’s federal claims are barred by the state’s sovereign immunity. However, she left open the door for McNair to refile claims based on Mississippi law in state court.

A high-level Muslim ex-administrator of Iranian descent has lost a discrimination suit arising from his 2011 termination by St. Cloud State University.

U.S. District Judge Michael Davis ruled that Mahmoud Saffari failed to produce enough evidence to support any of his claims against the university and its president.

In 2003, the university hired Saffari as associate vice president for enrollment management, responsible for a $2 million budget and supervising more than 50 employees and student workers, according to the decision.

As the years past, he had conflicts with two provosts and the president concerning several matters, especially his failure to complete a new enrollment management strategic plan. And in 2011, the university experienced a significant shortfall in freshmen enrollments compared to his projections, requiring an emergency $1 million budget adjustment, the judge said.

That fall he was terminated and escorted off campus by an aide to the president.

He sued for alleged discrimination based on national origin, religion and color, as well as for hostile work environment and related claims. In part, he cited an affirmative action officer’s comment describing him as “that Arab guy” and conversations he said he’d with the president about religion and Iranian politics.

But Davis said St. Cloud State had shown three legitimate reasons for the termination, adding that Saffari’s “attempts at showing pretext are inadequate.”

Davis identified the justifications as Saffari’s failure to submit a satisfactory enrollment management plan as instructed, failure to prepare the university for the enrollment-related budget shortfall, and breach of the president’s trust by refusing to accept accountability for the shortfall.

Davis also said Saffari’s allegations “simply fail to rise to the level of harassment or hostile work environment.” The president’s comments, for example, were “isolated incidents” that don’t suggest a connection with the termination, he said.