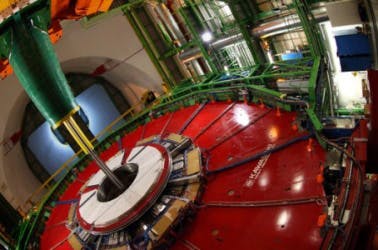 There are fewer African-American women who have ever earned a Ph.D. in physics in the United States than there are members of the Senate. And there are only 100 senators.

By 2006, only 42 African American women and 246 African American men had ever earned a Ph.D. in physics, according to a 2010 report from the American Institute of Physics (AIP). The AIP records and analyzes various trends in physics through their Statistical Research Center.

While those numbers are terribly low, they are representative of a continuing disparity between the numbers of minority students who earn Ph.D.s and White students, who still earn the overwhelming majority of Physics degrees.

More recent AIP data points to new trends in physics degree attainment. The most positive development is that Hispanic students are increasingly getting degrees in physics. The number of African Americans earning Ph.D.s has held steady over the past decade, but that means proportionally, fewer are going into physics because more are obtaining degrees in other fields.

“With African Americans overall there is an increase in the number of bachelors degree that are being granted, but STEM [degrees are] not keeping up with that percentage,” said Dr. Laura Merner, principal research assistant at the AIP’s Statistical Research Center.

Merner and her colleagues say that the continued lack of racial representation in physics has its roots in a number of causes.

For one, AIP data shows that in 2008-2009, 92 percent of physics teachers were White, meaning that other racial groups were not proportionally represented in the classroom. There is little reason to believe that this percentage has substantially changed, given that there has not been an overwhelming increase in the number of minorities earning bachelor’s degrees in physics in the intervening years. A lack of representation has been shown to discourage minority students from continuing on in a given field.

Another issue is a lack of access – minorities are less likely to take physics classes at the high school level than their White and Asian counterparts, through no fault of their own. Some schools simply do not offer physics classes.

“One of the unfortunate findings that we see, which isn’t really new, is that generally in lower socio-economic schools, you’re not seeing physics class being offered. Minorities are more likely to be in those schools,” Merner said.

Students who miss out on high school physics classes are at a disadvantage when they try to take a more rigorous college-level physics course.

“Kids who are growing up in an economically disadvantaged household aren’t even getting the opportunity to have the pre-college education that’s required for them to get into physics,” Merner said. “You are more likely to fall behind or fail out of your Physics 101 course if you haven’t had the same opportunities and lack the same educational background that other students have had.”

The AIP is hardly the only group to take note of inequities in the K-12 system. The Office of Civil Rights issued a 37-page guidance to states and school districts reminding them of their responsibility to correct the achievement gap between White students and their other-race peers, as recently as Oct. 2014.

At the college level, HBCUs continue to be powerhouses in terms of African-American physics degree production. But troublingly, some HBCUs have been eliminating their physics programs in the past decade and beyond. Merner said that the decline in the number of African Americans getting degrees in physics may correlate with a drop in the number of HBCUs that offer physics program.

“Some of the historically Black colleges have lost physics department, and for the [African-American] population, that’s where most of the physics degrees are coming from,” Merner said.
AIP data from 1995-2010 shows that HBCUs produce half of the nation’s African-American physics degree holders. In 2000, 35 HBCUs offered bachelor’s physics programs, compared to 30 today.

Still, HBCUs dominate the AIP list of the top eight physics departments that average three or more African-American physics bachelor’s per year. Morehouse College led the list, with an annual average of 7 bachelor’s students; followed by Dillard; the University of Maryland, the only non-HBCU on the list; Hampton, North Carolina A&T State, Tennessee State, Xavier, and Jackson State universities.