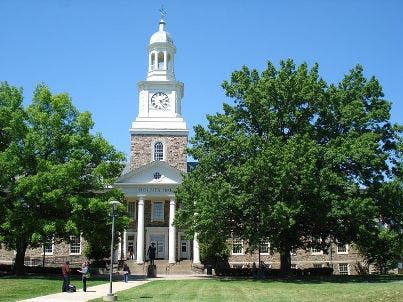 A Las Vegas couple is expected to make the largest individual contribution to Morgan State University, a Historically Black College and University headquartered in Baltimore.

Dr. David Wilson, president of MSU, traveled to Las Vegas on Tuesday with Cheryl Y. Hitchcock, vice president for institutional advancement, and Willie Lanier, chairman of MSU’s Foundation, to meet with the couple.

University officials say that the gift is believed to be the fifth largest from an individual to any HBCU in the country.

Jamal Eric Watson can be reached by email at jwatson1@diverseeducation.com. You can follow him on twitter @jamalericwatson