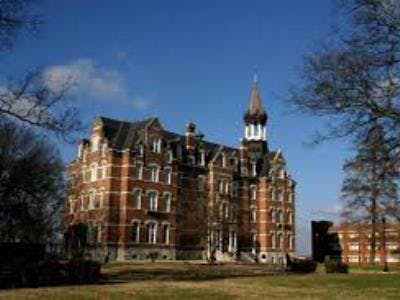 The American Civil War, o­ften called the War Between the States, had barely ended before a passionate, new battle for hearts and minds began. It was 1866. The issue facing those trying to “reunite” the nation was how to help some 4 million Blacks in the South transition from slavery to freedom.

Today, higher education looks at a key chapter in its evolution in the United States, as the nation’s historically Black colleges across the South trace their roots to people and politics of those three key 1866 to 1868 post-Civil War Reconstruction years.

Sesquicentennial celebrations began last month at Fisk University. Another celebration is expected this time next year as Howard University will mark its founding in 1867. Several more institutions, including Hampton University, founded in 1868, are likely to do the same.

Exploring the roots of historically Black colleges helps to better explain the challenges and achievements of the pioneers and put today’s hurdles in context, say historians.

The idea of an instantly reunited America with almost 4 million new citizens becoming full participants in American society had not escaped the thinking of the people and leaders of the North and South.

To the aid of the former slaves, the one-time “contraband” people and the now “freedmen,” came Northern “evangelical abolitionists,” as the United Church of Christ calls them in its historical documents. The missionaries, as they were known, were mostly Whites and a few Blacks, who felt that the institution of slavery had robbed Black people of dignity and morals, historians say. Many had done missionary work abroad. They wanted to bring their moral values to the South. Formal education would be a great vehicle for doing so, they felt, according to historical accounts.

Congress, meanwhile, created the Bureau of Refugees, Freedmen, and Abandoned Lands in early 1865 to help for one year in the “reconstruction” of the South. Working as a unit of the Department of War, the Freedmen’s Bureau could set up education programs, allocate land the federal government had claimed as “abandoned” during the war and help to establish labor agreements.

To help manage the “transition,” President Andrew Johnson brought in a team of military generals who served in the Union army. They were abolitionist leaning, historians write, and all were devoutly religious, they note.

From the convergence of these backgrounds, there was a general consensus: formal education was the key for the new Americans and the key for the country from a past where formal education was considered almost exclusively for the privileged. The missionaries, led by the American Missionary Association and other religious groups, could recruit the people and raise the money to pursue the goal. The Union generals, working through the Freedmen’s Bureau, could provide the land and some government funds for education programs.

Combined, what emerged immediately a­fter the war was a handful of “free colored schools” that served as the foundation for the education of Blacks, poor Whites and Native Americans for decades to come, according to historical accounts and federal reports of the era.

The thinking of these pioneers came at the right time. No sooner had they arrived across the region than they were faced by countless crowds of “freedmen” — Black men, women, young and old — and poor Whites, hungry to get an education, according to historical accounts of the time based on federal reports, reports of abolitionists and missionary groups.

There was no free, public education for anyone in the South at that time. At the same time, historians write, the reconstructionists were met at nearly every turn with widespread opposition across the South to almost every effort to make Blacks “equal” partners in the reunited Union. The umbrella of opposition was in waves of state laws that came to be quickly known as the “Black Codes.” The winds of change were blowing, however, despite the continued opposition.

“They [the freed slaves] understood, if they could not learn or write, they would not be able to control their own destiny,” says Civil War historian Dr. Edna Medford, a professor at Howard University. “They understood education was the key to success.”

A time of firsts

Schools of all sorts, many organized by freed Blacks on abandoned property, emerged immediately after the war, with the Freedmen’s Bureau playing a role in the establishment of some 3,000 free schools for Blacks and Whites to help them make the transition to freedom from the slavery era, according to federal records of the time. A handful of these institutions became the first in the South to offer formal education to Black men and women.

Being the “first” or “oldest” among Black colleges is a claim many institutions from Ohio to Pennsylvania to Kentucky make with merit. It depends on the category in which they make the claim: men or women or co-ed; the year they began offering certificates or diplomas; state or region; public or private.

Higher education for Blacks in the South, chronologically, socially and politically, appears rooted in five institutions, organized with different visions and goals in mind, yet with no idea of the hurdles they or their successors would face.

It all is traceable to the volatile years of 1866 to 1868, the initial years of post-Civil War Reconstruction. The other two — one in St. Augustine, North Carolina, the other in Savannah, Georgia — were founded on a small scale and, many years later, became normal schools then universities.

In Nashville, which had been the base for a number of federally protected campuses for runaway slaves then called “contraband,” General Clinton B. Fisk, recruited to be an assistant commissioner of the Freedmen’s Bureau in charge of Kentucky and Tennessee, worked with the American Missionary Association (AMA) to establish a school there.

In January 1866, the “Fisk Free Colored School” opened its doors to Blacks, Whites, men and women. Within a year, it had nearly 1,000 students. Although it started with lower-grades education, it was only a few years before Fisk was graduating students with sufficient training to be sent to other emerging free schools to teach others, according to federal and Fisk University historical documents.

From the start, its founders had a great vision for Fisk as a liberal arts school, convinced Blacks needed to be educated in the social sciences in order to lead, despite the widespread opposition from more well-to-do White Southerners.

“These founders were early social scientists,” says Dr. Reavis L. Mitchell Jr., dean of humanities and social sciences at Fisk and chairman of the Tennessee Historical Commission. “They were tinkering with the system.”

A year later, in the nation’s capital, Howard University was opened on March 2, 1867, with five students and an ambitious vision. Its chief sponsor, Gen. Oliver O. Howard, then head of the Freedmen’s Bureau, provided funds from the bureau’s budget to acquire the land and erect the first building for the institution, which started as a seminary and quickly expanded its focus and mission. Gen. Howard also was architect of the plan to build Freedmen’s Hospital on the Howard grounds. It gave the growing institution’s medical students the chance for clinical training not available to Black medical students elsewhere in the country, according to federal and Howard University documents.

There was another principal school of thought on how best to help the freed Blacks carve a niche in the new society — by focusing on the trades. From that school of thought came the leadership of Gen. Samuel Armstrong, another Union veteran recruited by Gen. Howard, to be superintendent of the Freedmen’s Bureau of the Ninth District of Virginia, according to Hampton archives.

Armstrong embraced the values of his predecessor, Major Gen. Benjamin Butler, who, in 1861, created small camps around now Union-controlled Fort Monroe near Hampton to house runaway slaves. They were no longer slaves, Butler determined, as he was not going to return them to their owners.

As more slaves reached Union territory, Butler housed them in what had grown into “The Grand Contraband Camp,” despite the anger of many Whites in the area who still supported slavery and the Confederacy. Butler recruited teachers, including Mary Peake, a free Negro, to teach them. By the war’s end, education had proved its value.

On April 1, 1868, Gen. Armstrong opened the Hampton Normal and Agricultural Institute, despite the widespread and deeply rooted White opposition in the region to formal education for Blacks. Armstrong, who focused on the trades and industrial skills, felt the quickest road to self-sufficiency for the free man was to learn a skill or trade that could earn one money to support themselves, family and buy land.

In its original 1866 papers of incorporation, the Fisk trustees set the tone for the movement to educate the freed Black men and women of the South:

“The purposes of the Corporation are the education of young men and women irrespective of color and to that end the Trustees shall have the right to prescribe a course of study and shall have the power to confer all such degrees and honors as are conferred by universities in the United States,” the Fisk trustees declared.

A strong declaration to serve it was, one that challenged followers there and across the region to at least match, if not exceed. A challenging future was ahead indeed, with no clear road map to get there and only scattered help along the way.