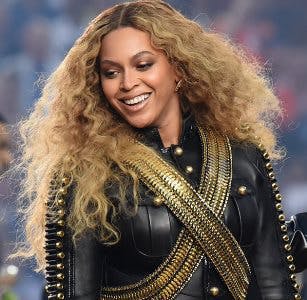 I have been hesitant to write anything about Beyoncé. Why? Quite frankly, she distracts me. I am slightly obsessed with her. Not in a creepy-stalker way. Rather, in an “I marvel at how amazing this talent of the century is and it is unlawful to speak negatively about her” sort of way. Fellow Beyoncé super fans, also known as the “Beyhive,” understand my sentiment.

That same Beyhive released a collective sigh of relief on April 23, 2016 when the Empress (as I commonly call her) graced the world with her sixth solo album titled Lemonade. This two-week-old musical masterpiece comes on the heels of laudable praise and loaded reproach.

During Beyoncé’s performance of the album’s first single, “Formation,” at Super Bowl 50, she reaffirmed that Black lives matter, recovered from the almost-stumble, and effortlessly upstaged the other performers, including the competing football teams. Adorned in a Michael Jackson-inspired outfit, Beyoncé and her background dancers ceremoniously sang of justice as her video displayed images of social victories. Shortly after the performance, vitriolic criticism branded her as anti-police, anti-White, and even criticized her choice of a husband in the “drug-dealer” that is Jay-Z. Naturally I was offended.

Beyoncé kept tight-lipped for months until HBO’s release of Lemonade, in which she sent a powerful message to all: I am a Black woman, and I love my blackness. Rather than recoil from the protest cries of race-baiting and police-bashing, Beyoncé stayed on the path of Black pride, gender equality, and feminism in the jarring lyrics of Lemonade’s 12 songs. I firmly believe that “Mother,” another affectionate sobriquet bestowed upon her by many, is a key part of the awakening of the Generation Z’ers, who have been largely written off as inactive, unawake, and unapologetic for lack of interest for anything but their social media status updates.

Simply put, Beyoncé transcends music. Choose whom to admire: Beyoncé the sex symbol. Beyoncé the mogul. Beyoncé the wife. Beyoncé the mother. Beyoncé the feminist. Beyoncé the militant. Or have the audacity to admire them all. As Jay-Z has dubbed her, Beyoncé is the greatest living entertainer. The Beyoncé effect has once again taken hold of our visual, auditory, and emotional centers in a vise-like grip, refusing to relent, refusing to weaken. It can be felt in fashion, film, politics, and even in the higher realms of academia.

At Rutgers University in New Brunswick, New Jersey the Beyoncé course gives a perspective on the global influence of this living legend on women’s issues. At the University of Victoria in British Columbia, Canada, students move beyond musical beats to highlight, annotate, and inventory the message behind the song lyrics. At the University of Waterpool, in Ontario, Canada, the marketing magic of the Beyoncé machine is dissected album by album, video by video. While all students have the opportunity to take these courses, college women, especially those of color, should be exceptionally proud to enroll in classes that examine a woman whose visage, experiences, and voice mirror their own. Through Beyoncé, college women everywhere have new slogans, catch phrases, and mantras of empowerment.

In celebration, I have to look up Rachel Ray’s recipe for the perfect lemonade.