Fred D. Gray, the low-key, soft-spoken Alabama lawyer who became a civil rights law legend early in his legal career, this week adds another honor to his achievements and efforts to end racism and reconcile relations between the races in America. 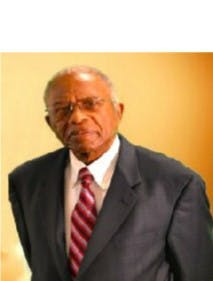 Lipscomb University, the private, liberal-arts institution in Nashville that is aggressively working to transform itself from its history of using religion to justify its embrace of racial segregation, celebrates the renaming of its legal seminars program the Fred D. Gray Institute for Law, Justice & Society in honor of the civil rights legal legend.

Gray, now 85 years old, was fresh out of college in the 1950s when, at age 24, he became the first attorney for an equally low-key Montgomery citizen, Rosa Parks.

She had been arrested for refusing to give up her seat on the city bus to a White man, triggering the historic Montgomery bus boycotts. He also worked as the first civil rights lawyer for the Rev. Martin Luther King, pastor of a Montgomery church, long before King became known worldwide as a champion for justice.

While Gray’s work for Parks and King are most noted, his portfolio of work over the years includes numerous civil rights cases on voting, employment, jury selection and law enforcement.

As Parks and King became legends in American history, so did Gray, a focused thinker who became recognized in the 1950s and 1960s and beyond as a tenacious legal brain. He took on any legal opportunity he could to attack and “destroy everything segregated” he could find, he wrote in his 1995 memoir, Bus Ride to Justice. The updated version of the book was released in 2014.

Gray, a native of Montgomery who attended the former Church of Christ-sponsored Nashville Christian Institute (NCI) as a child, also sued Lipscomb leaders in the 1960s over the distribution of proceeds from the sale of NCI property when the all-Black school was shut down.

The majority-White NCI board decided to give most of the funds to Lipscomb, although Gray and other NCI alumni and supporters felt it should have been given to Southwestern Christian College, the Black Church of Christ-sponsored college in Terrell, Texas. The lawsuit did not prevail, Gray notes in the book. Still, his efforts to change the institution have persevered.

“With a quiet demeanor and strong determination, Fred Gray has been at the forefront of changing the social fabric of America through desegregation and constitutional law cases” says Lipscomb President L. Randolph Lowry. “Few individuals in the course of our country’s history have had as great an impact on American society than Fred.”

Just as the world has that Gray has sought to change during his more than 50 years in law, Lipscomb has made steady, sometimes dramatic, efforts to evolve and sustain itself.

Today, as a crowd of well-wishers are expected to gather Saturday at downtown Nashville’s Frist Center for the Visual Arts at a dinner honoring Gray, visitors will find Lipscomb has grown from a small, Whites-only, Southern, Christian school, to a sprawling urban campus with 4,600 students representing 49 states, 47 countries and 32 religious preferences. Nearly half its students are women and 22 percent are minorities, a 346 percent increase in 10 years.

“I’m always thankful for any honor I’ve received,” Gray says in a telephone interview earlier this week about the Lipscomb honor. This honor is special, he says, because “it is connected with the training I received at NCI.”

Gray says he still attends the NCI reunion held once every two years.

Randy Spivey, academic director for the institute, says the undergraduate program focuses on “socioeconomic issues to encourage critical thinking, good writing and a passion for justice.

“Dr. Gray is an inspiration to our students, and he is a living example of the impact one person can have,” says Spivey.

In addition to the dinner honoring Gray, the institute is joining with several other legal and justice groups to host a free “legal advice” clinic at a church in Nashville.

The clinic plans to offer participants advice on a wide range of topics, including civil, criminal and probate issues, the institution said.

Lipscomb’s gesture to embrace Gray and his achievements follows its decision in May 2012, to award him an honorary doctorate of humane letters, the highest honor the institution gives.

In noting his decades-long career in civil rights law, the university said Gray was also counsel for the Tuskegee syphilis study participants. The participants sued the government for exposing them to syphilis without their knowledge or the dangers involved in the study.

Gray still maintains a busy schedule despite reaching his senior years. In addition to his legal practice in Montgomery, this fall he was honored by Case Western Reserve University in Ohio, from which he earned his law degree. Also, this fall, he was in California giving lectures on civil rights law.