Ifill, who was co-host of the PBS Newshour along with Judy Woodruff, was to receive the John Chancellor Award for Excellence in Journalism at Columbia University on Wednesday for her skillful reporting. She joined the program in 2013, making history as the first woman to co-anchor a nightly news program. 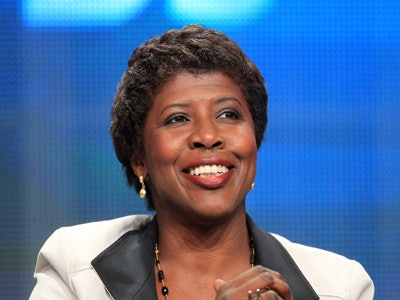 “She often said that her job was to bring light rather than heat to issues of importance to our society,” said Paula Kerger, PBS president and CEO. “Gwen did this with grace and a steadfast commitment to excellence.”

Ifill, who wrote the book “The Breakthrough: Politics and Race in the Age of Obama” in 2009, previously had worked at The Washington Post, The New York Times and NBC News. She became moderator of the PBS show “Washington Week in Review” in 1999.

Health issues resulted in Ifill taking a leave of absence from NewsHour in May.

In a press conference Monday, President Obama said Ifill “did her country a great service.”

“She not only informed today’s citizens, but she also inspired tomorrow’s journalists,” he said. “She was especially a powerful role model for young women and girls who admired her integrity, her tenacity and her intellect and for whom she blazed a trail as one half of the first all-female anchor team on network news.”