The revival of the Reserve Officers’ Training Corps (ROTC) program at LeMoyne-Owen College in Tennessee makes the Memphis-based school one of several historically Black colleges and universities (HBCUs) in the country that offers students an education and military training to become a commissioned officer in the United States armed forces.

As a member institution of the United Negro College Fund’s Career Pathways Initiative, LeMoyne-Owen’s reestablishment of the ROTC program will prepare students for the 21st Century military and security workforce. It will also give the ROTC cadets the space and support to become global citizens and transformative leaders who spark change in their communities, college officials say.

Dr. Terrell L. Strayhorn, interim vice president of academic and student affairs and professor of urban education at LeMoyne-Owen, says that it is the college’s mission to offer students a “transformative experience” through academic programs and extracurricular activities such as ROTC. 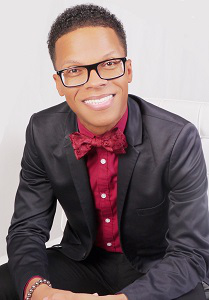 “Students should leave LeMoyne-Owen changed,” he says, adding that the reinvigorated ROTC program will be rigorous, help students transcend conventional methods of thinking and equip them for a lifetime of “leadership, scholarship and service” in alignment with president Dr. Andrea L. Miller’s vision for the small, private college.

Reflecting on his own brief experience in the Air Force ROTC program at the University of Virginia, Strayhorn recalled the ways that the program ushered him into a space where his commanding officers and others in the program supported him. It also gave him a strategic way to consider financing his education, he says.

Charlie Folsom, director of the UNCF Career Pathways Initiative at LeMoyne-Owen, notes that the government’s increased funding for military service and training opportunities is an “issue that really needs exposure.”

Folsom says that student participation in ROTC programs – and certain marks on the Armed Services Vocational Aptitude Battery test – can lead to a degree and a guaranteed high-paying, highly-technical job, he says.

“This career path can be something that is really transformative,” Folsom adds.

Consequently, discussions about restarting the ROTC program at LeMoyne-Owen began last October after an alum sent an email to President Miller sharing concerns that students wanted to participate in the program that lay dormant for a few years. The email to the president signaled to officials that “ROTC matters for some of the students at places like LeMoyne,” Strayhorn says.

LeMoyne-Owen renewed its program agreement with the University of Memphis at the end of the 2017-18 academic year, and two to three students have already expressed interest in participating in the ROTC program, Folsom says.

However, leaders expect that number to increase after a mid-August orientation brought ROTC recruiters and counselors to campus to meet and speak with incoming first-year students.

Officials are also becoming more intentional about their recruitment and marketing efforts to sustain the college’s officer training program.

“There’s not many [HBCUs] nationally that have their own ROTC program,” Folsom says. “That’s the long term goal.”

Last year, Strayhorn says he was surprised to see how many students in higher education were interested in fields such as global security, homeland security or military service.

“This is what happens when college-bound students grow up when there’s constant threats to global security,” he adds.

Statistics from the Department of Defense and Pew Research Center show that African-Americans make up approximately 19 percent of the military’s active duty enlisted members, but only 9.1 percent of active duty officers.

The total amount of HBCUs offering ROTC programs fluctuates when Navy and Air Force ROTC programs are factored into the equation. Still, HBCUs have a distinct early connection to ROTC programs as some were originally founded as land-grant institutions.

The Morrill Land-Grant Colleges Act of 1862 incorporated elements of engineering, agriculture and military tactics into the landgrant institutions’ curriculum, paving way for the creation of official ROTC programs. Thus, ROTC programs at HBCUs have served a dual purpose as a pipeline for minority students to diversify the United States armed forces while also affording students an opportunity to receive a collegiate education.

At West Virginia State University (WVSU) – another land-grant HBCU with an ROTC program – William “Bill” Kinsey serves as the Army ROTC Recruiting and Enrollment Officer. In his role, he shares information about the opportunities the Army or Army ROTC can afford students so that they can make informed decisions. Highly-qualified cadets receive scholarships for school. 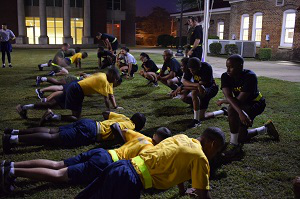 “ROTC has provided a path to military service and a college education for students who would otherwise not have had the opportunity,” Kinsey says. “The key point about ROTC is that students can pursue their degree and participate in everything college has to offer while still being in ROTC. Many ROTC Cadets are also student athletes, members of SGA, etc.”

Military training has taken place in various capacities at WVSU since its founding in 1891, but Army ROTC officially began in 1942, Kinsey adds.

The current program consists of military courses, physical training and summer camps that prepare cadets for service as an Army officer after they graduate. Program leaders expect cadets to have the ability to plan, make decisions, lead small groups and have confidence in themselves and the organizations they lead.

“WVSU Army ROTC has produced 15 officers that went on to become generals, and one who received the Congressional Medal of Honor, along with many others who served in prominent roles in government and private industry after their military service,” Kinsey says.

Similar ROTC programs are in place at Tuskegee University, another land-grant HBCU.

While the university already had an Army and Air Force ROTC program, adding the Naval ROTC (NROTC) program eight years ago was “just a natural addition,” says Captain Willie D. Billingslea, a professor of naval science at the institution founded by Booker T. Washington.

Tuskegee’s NROTC program prepares roughly 40 Midshipmen and Midshipwomen each year for service as commissioned officers in the Navy and Marine Corps upon their graduation. Ten students come into the program on scholarship, and a few others will earn “College Program” scholarships later in their sophomore or junior year.

One of the reasons the U.S. Navy established the ROTC program at Tuskegee is because the institution is one of just a handful of HBCUs that offer a recognized engineering program, Billingslea says.

“One of the big things that we do in NROTC is get people qualified to go into the Nuclear Navy,” he says. NROTC participants are required to take a year of calculus and a year of calculus-based physics, giving them a solid science and mathematics background.

The four-year program consists of 18 to 19 ROTC credit hours in addition to courses students are taking as a part of their major. Significantly, Tuskegee offers NROTC students on scholarship additional funding for room and board, where ROTC programs usually only pay for tuition and fees such as books. In this regard, Tuskegee has “bent over backwards” and “been extremely supportive of NROTC,” Billingslea says.

Tuskegee’s NROTC leaders take pride in the program’s rigorous curriculum, Billingslea adds, which includes information on the rules of guiding a ship, aviation, ground tactics and more. Students also learn the customs and courtesy of the Navy and Marine Corps and they wake up early for physical fitness and swimming.

Successful completion of the NROTC program results in a Midshipman or Midshipwoman being commissioned as an Ensign in the U.S. Navy or a Second Lieutenant in the U.S. Marine Corps.

“The students rise to the occasion,” Billingslea says. “The sky’s the limit and students go on to be pilots, ship drivers, Special Forces operators, submarine officers and various other exciting careers in Naval service.”

This article appeared in the September 6, 2018 edition of Diverse.