Monik Whitney Walters isn’t afraid of people with different ideological beliefs – she likes to challenge herself by engaging them and seeking mutual understanding.

It’s one of the reasons, along with a nice ­financial aid package and the natural beauty of New Hampshire, she said “no thank you” to Brown and Johns Hopkins universities and decided to attend Dartmouth College. 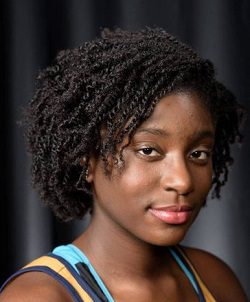 “I chose Dartmouth because I thought I could learn a lot about myself from being in a more conservative environment,” she says. “I thought I would be able to challenge and solidify my beliefs.”

Now a senior, double-majoring in geography and African-American studies, Walters says she has risen to those ideological and cultural challenges and is the better for them. In April, her peers placed a vote of con­fidence in her – more than 1,000, in fact – by electing her the first Black female president of the Dartmouth Student Assembly in the university’s 249-year history.

“It definitely was a surprise, because, honestly, I wasn’t sure if the campus was ready to have a Black woman as the face of the student body,” says Walters, who was born in Port Chester, New York and grew up in Long Island.

“My platform was outspoken on people with marginalized identities, and I didn’t want to hide what my passions were. I was there to listen to everybody’s perspective and make change that is safe for everyone.”

Passion about inclusion and equity fueled her campaign, she says.

“I ultimately decided to run because I felt that the school – students and administration – had to be held accountable for making campus a place that is as safe and as proactive as it can be so that everyone is making good on the promises they made to each other when they agreed to be a part of this community,” she says. “I felt I had a responsibility to try to leave this place better than I found it, because that is what those who came before did.”

Walters has been active in leadership roles since her days at Valley Stream Central High School in Long Island, where she was president of the math honor society, National Honor Society and a community service club, a member of the dance and Spanish honor societies and part of Future Business Leaders of America, winning state and national competitions.

She also found time to be part of a performing arts program and “kick line,” play varsity volleyball, participate in a science research program, manage morning announcements and volunteer at a soup kitchen.

Walters has been no less active in college, performing in two theatrical productions, leading campus tours, serving as an undergraduate adviser, participating in ethnic organizations across campus, and developing relationships with students, faculty and administrators.

This year, she has scaled back her activities to focus more of her time and energy on leading the student assembly and the campus chapter of the NAACP. She’s also director of choreography for a step team that she and her best friends started and works in the university’s Of­fice of Pluralism and Leadership. 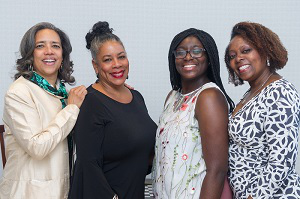 When she graduates in the spring, Walters plans to see where her love of performing and spaces that celebrate art take her.

“I ultimately want to write for TV and ­films, but I would love to run and own a Black theater to showcase the kind of art that transformed my life,” she says. Leading the student assembly has its share of challenges, Walters says, but she also can count some joys.

“The joys are being able to be a part of a history and a lineage that credits Black people for the work they have done for institutions in which they are not largely represented, and being able to see how much is already getting done that people are excited about,” she says, citing the assembly’s new website and surveys that have gleaned opinions on issues such as recycling and food insecurity.

There’s also the joy of getting “more students to realize that finding collective voices is a powerful thing,” adds Walters.

Knowing that she is part of Dartmouth history along with Cheryl Bascomb, Laurel J. Richie and Dr. Adrienne “Tee” Lotson – Dartmouth alumni and the ­first African-American women in their respective leadership positions at the college – inspires Walters to enlarge the space that they made for her and others, she says.

“A brilliant, capable and passionate young woman, she represents the best of Dartmouth in every way,” says Lotson. “She has been widely embraced by the alumni leadership as a woman who will impact the college for good for many years to come.”

This article appeared in the October 18, 2018 edition of Diverse.