WASHINGTON — Invest in, give to and support historically Black colleges and universities and their students was the charge United Negro College Fund president and CEO Dr. Michael Lomax gave Thursday morning in remarks commemorating the advocacy organization’s 75th birthday and anniversary in D.C.

In his address, Lomax reflected on the organization’s accomplishments over the last 75 years, including raising nearly $5 billion to advocate for and support more than 500,000 students and their HBCUs. But even more must be done in the next 25 years, he said, announcing the launch of UNCF’s inaugural National Day of Giving. 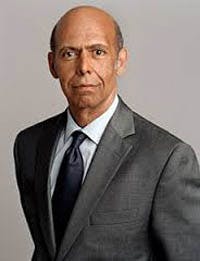 This year’s National Day of Giving aims to provide, at minimum, 75 HBCU students with $5,000 scholarships to pursue their academic and professional goals. The initiative follows UNCF’s fundraising gala that raised $3.4 million last month.

“Today’s call to action is to the nation at large as UNCF redoubles our commitment to support historically Black colleges and universities and to provide education for all who wish to get it,” Lomax said. “We are issuing a challenge to individuals, communities, philanthropy, public and private sector leaders to increase their investments in our nation’s great resource – our young people.”

Although HBCU enrollment is growing, UNCF leaders pointed out that the day of giving and other philanthropic efforts are significant because it is largely financial barriers that prevent many students from attending or returning to the HBCU that best fits their needs. Noting that HBCUs historically have done “more with less,” Lomax added that it is past time for HBCUs to receive the full support they need to better serve the hundreds of thousands of students enrolled at the institutions.

“Just think how much more they could do with more,” Lomax said. “And that’s our goal – not to have them do more with less, but to have the kinds of investments that these institutions, over the last 150 years, have demonstrated they have earned the right to get.”

Nzinga Jordan, a senior at Virginia Union University and UNCF scholarship recipient, said UNCF has been a “big part” of her family. On her journey to college, she did not know much about scholarships, she said.

Now as a senior ambassador, Jordan said the great thing about UNCF is that it’s not only for African-Americans, but for everybody. She makes sure to share UNCF scholarship opportunities with her friends and other family members because of how the organization has helped her.

“As long as I live, I’ll support you guys,” she said during the address.

And for Cordell Mimms, a Morehouse College alumnus and past UNCF scholarship recipient, UNCF’s financial and communal support empowered him to build the future that he envisioned for himself, he said.

Mimms first learned of HBCUs on a visit in 10th grade and was inspired to attend Morehouse after learning of the Black leaders who shaped the nation. Once admitted, it was not the academics that challenged him most, but the looming financial stressors –paying for a meal plan, on-campus housing and textbook costs, he said.

“Receiving the John Lennon music scholarship was really, really invaluable for me because it provided me the resources that I needed to not only stay in school, but to finish school,” Mimms said. “I know that the things I’ve been able to accomplish, I would not have them if it wasn’t for my time at Morehouse. And I would not have been able to finish Morehouse if it wasn’t for the partnership and relationship with UNCF. I’m kind of like a walking testament of that.”

Sharon Murphy, executive vice president and chief information officer at Wells Fargo and Company and member of the UNCF Board of Directors, praised UNCF for staying at the forefront of advocacy efforts to support those who want to further their education. She called the organization’s 75th anniversary a “monumental milestone.”

Speaking about the importance of strategic partnerships between HBCUs and the corporate sector – Wells Fargo has been a UNCF partner for 20 years – Murphy added that there is still more work to do.

“We have to make sure that we make this a corporate imperative,” Murphy said. “It is not a spectator sport. We don’t get to sit on the sidelines and then think that things are automatically going to happen. We’ve got to get in the game. ”

As UNCF continues the work and prepares for its next major milestone anniversary, Lomax reflected on the role of HBCUs in preparing students for the 21st century.

“Today, on our 75th birthday and our National Day of Giving, our call to action is to invest, to give, to support,” he said. “These HBCUs and the graduates we produce at them [have been] opening doors and demonstrating to corporate America that the talent is in our communities.”