Literary Scholars Laud the Life and Works of Ernest Gaines

Ernest J. Gaines, one of the most important literary figures in America, renowned and beloved for his transcendent works about the lives and struggles of African-Americans facing bigotry and racism in the South, died on Nov. 5 at his home in Oscar, Louisiana at 86.

His novels and short stories are the subject of extensive scholarly research and critique. Many of his early papers and manuscripts are housed at the University of Louisiana at Lafayette where Gaines spent more than two decades as writer-in-residence and where the  Ernest J. Gaines Center was established in 2010 to provide a space for scholars and students to examine his materials.

Born in 1933 on a plantation near New Roads, Louisiana, Gaines based his award-winning novels on the African-American experience in the rural South. Gaines’s most iconic novels, A Lesson Before Dying (1993), The Autobiography of Miss Jane Pittman (1971), and A Gathering of Old Men (1987) were made into award-winning television movies. Gaines authored a total of eight books and seven short stories.

“Like many Southern writers, you can see in Gaines’s writing a complete love of the South and a complete concern that the South really has to change, So for him, the American South is a place of nurturance, it’s a place of family, it’s a place of community but it’s also a place of segregation, violence against Black bodies and his fiction beautifully navigates those contrasts,” Dr. Valerie Babb, the Andrew Mellon Professor of Humanities at Emory University, told Diverse in an interview.

Babb authored the 1991 biography Ernest Gaines in the Twayne’s United States Authors Series and she recently published an essay in Approaches to Teaching Gaines’s The Autobiography of Miss Jane Pittman and Other Works, edited by Dr. John Lowe of the University of Georgia. 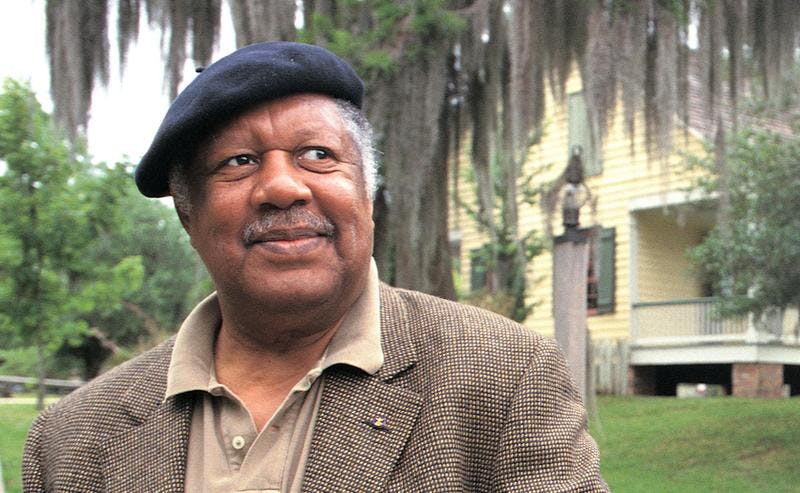 Another Gaines scholar, Dr. Lillie Anne Brown, an associate professor of English at Florida A&M University, published an essay in the September 2017 issue of Studies in Literary Imagination –an issue devoted entirely to Gaines. She told Diverse,  that in Gaines’s most recent work, The Tragedy of Brady Sims (2017), “the art of storytelling, the vernacular of the characters and the presence of multiple views of the novel’s central figures all contribute to the richness of voice as well as the diversity of people who make–and have made –the South their home.”

Although Gaines had little opportunity to read books as a child because of segregation, which included libraries, when he moved to California at age 15 he entered a library for the first time. Gaines attended San Francisco State University where he began publishing his first stories and graduated in 1957. After living in San Francisco for many years,  Gaines returned to Louisiana in 1984, where he and his wife, attorney Dianne Sauley Gaines, played an important role  in the local community and at UL Lafayette.

UL Lafayette president Dr. Joseph Savoie described Gaines as “a literary giant who found his muses among the sugar cane fields of his native Pointe Coupee Parish, and who shared those stories with readers around the globe.”

Savoie added that Gaines “was a believer in the power of words to inspire unflinching, honest conversations about painful corners of our collective past. . . We are deeply humbled that he chose us as the stewards of his legacy.”

Among his numerous awards and commendations, Gaines received the prestigious “genius grant” in 1993 from the MacArthur Foundation in the amount of $335,000. He also received grants from the National Endowment for the Arts and the Rockefeller and Guggenheim Foundations. He held honorary doctorates from five colleges and universities.

The Ernest Gaines Award for Literary Excellence, presented annually by the Baton Rouge Area Foundation, will continue as his legacy. It will be presented Jan. 30 to an emerging African American author.