Ida B. Wells received a posthumous Pulitzer Prize citation on Monday for her “courageous reporting on the horrific and vicious violence against African Americans during the era of lynching,” announced the Pulitzer Prize board on Monday. 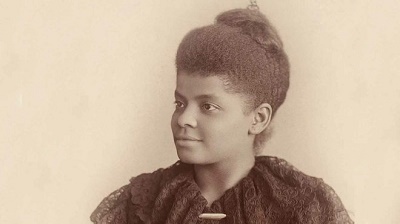 The citation comes with a bequest by the Pulitzer Prize board of at least $50,000 in support of her mission, and the names of those who receive those funds will be announced at a later date, said the board.

Wells, who died in 1931, was an early pioneer of investigative journalism, said The Poynter Institute, a nonprofit journalism organization. Her writing was published in the U.S. and abroad. She is also considered one of the founders of the National Association for the Advancement of Colored People, or NAACP.

“It’s incredible. It shows the longterm importance of the work she did, the fact that she lived through such dangerous times and documented the violence taking place in her lifetime,” Duster said Monday. “She left a firsthand document for us to read through and get perspective from. I’m not sure it was her intention, but the fact that she created that kind of documentation is such a rich contribution to this country.”

Wells was born a slave in Mississippi in 1862. She became co-owner and editor for The Memphis Free Speech and Headlight at the age of 30. She was a crusader against lynching and an advocate for civil rights after the Civil War.

“It was death-defying work for a black woman, who spent months journeying through the Southern states, investigating the lynchings of black men through records research and in-person interviews — a process that laid the groundwork for modern investigative techniques,” said Poynter.

Wells’ writings led to death threats against her and her offices were ransacked and printing presses destroyed. She was forced to flee her hometown of Memphis. She died of kidney disease at 68 in Chicago.