Darnella Frazier, the Minnesota teenager who recorded the 10-minute video of George Floyd’s May 25, 2020 murder, has won a special citation from the Pulitzer Prize committee, The New York Daily News reported. 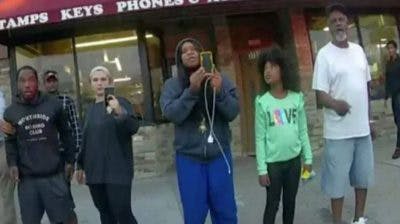 Frazier was cited “for courageously recording the murder of George Floyd, a video that spurred protests against police brutality, around the world, highlighting the crucial role of citizens in journalists’ quest for truth and justice,” the Pulitzer Prize committee said Friday.

Frazier – 17 at the time – recorded Floyd’s murder at the hands of former police officer Derek Chauvin.

“Although this wasn’t the first time, I’ve seen a Black man get killed at the hands of the police, this is the first time I witnessed it happen in front of me,” Frazier wrote on Facebook on the one-year anniversary of Floyd’s death.

What she recorded “ripped the blinders off for the whole world to see” America’s “systemic racism,” President Biden said in a speech marking Chauvin’s April 20 conviction on all charges.