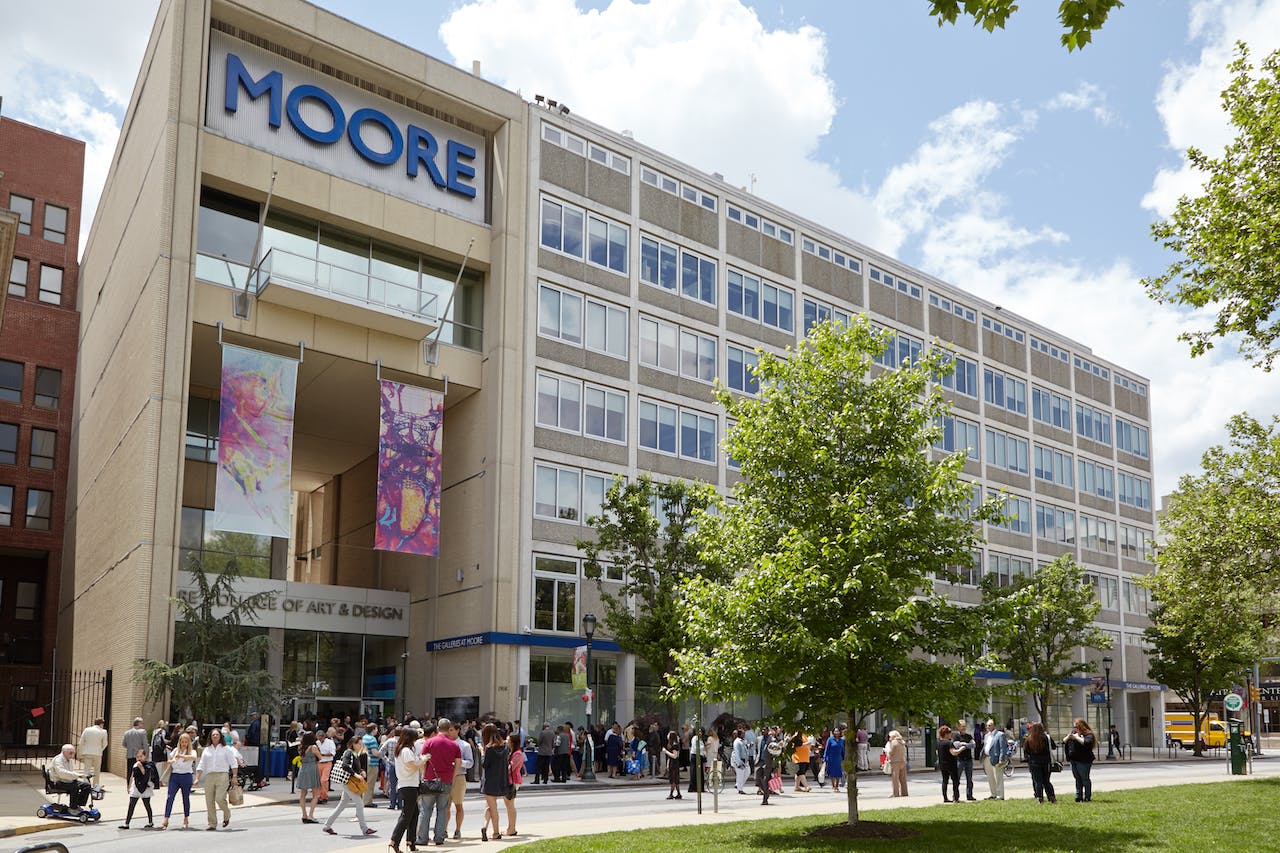 With every fashion week cycle in Milan, New York, Paris and London, those with even the remotest interest in design can reliably expect their attention to be diverted by a proliferation of headlines asking the same question: where are all the models of color? ­ The industry, and most of the models, typically reflects a very specific type of beauty — thin and White.

To a similar extent, there is a lack of diversity among designers. That is one of the reasons why Dominique “Dom” Streater winning season 12 of Project Runway was so refreshing. Streater was the first Black designer to win on the show, and she infused a vitality and vibrancy into her designs that ultimately won over the judges.

By self-proclamation, Project Runway is searching for America’s next top designer. In reality, most would agree that the show offers a glimpse into the world of designers who are not quite at the superstar level yet — with the exception of Christian Siriano, who achieved success from the show — but who are earning a solid living through their art.

For winning the show, Streater won $500,000 and a new car, but  she has stayed true to her roots in West Philadelphia. Although she has shown collections at New York Fashion Weeks, her studio is based in her hometown.

“From a really young age, I was into art,” Streater tells Diverse.

“Instead of having Barbie dolls, for me it was having crayons and paper.”

Her most recent designs sport bold abstract and floral patterns.

“You can tell it’s mine because it’s playful,” Streater says. “There’s a very whimsical nature to the work that I do.”

Streater is frank about her relatively late-blooming interest in design.

“Fashion wasn’t a primary focus when I was younger,” she explains, adding that she had a strict regimen of a Catholic school uniform on the weekdays and a family-approved church outfit on Sundays up until high school. Only then did she begin to experiment with fashion in earnest.

Around the same time, Streater started taking Saturday afternoon art classes at Moore College of Art & Design in Philadelphia. Moore is a traditionally women’s art and design school, the first and only such institution for women in the country since its founding in 1848 as the Philadelphia School of Design for Women.

When it came time to apply for college, Streater was already comfortable at Moore.

“I loved Moore,” she says. “Moore is so distinct. It’s already an art school so the culture is very different from the average university. On top of it being an art- and design-based school, it’s an all-women’s school.

So it has this really interesting culture of celebrating femininity and women and also celebrating art at the same time.”

Leadership in the arts

Moore offers bachelor’s in fine arts degrees in select areas of the field, such as art education, illustration, graphic design and more.

The school added an animation and game arts major three years ago to capitalize on that emerging industry, and co-ed graduate programs in 2009.

The school is diverse. According to the most recent data on the Moore website, the student body is 21 percent African-American, 3 percent Asian and Pacific Islander, 7 percent Hispanic, and 6 percent biracial or multiracial.

Like fashion, the art and design fields are still largely a male preserve. Part of the problem is structural: for centuries, women were not expected to be artists or designers. Those who did follow their passions were regarded as anomalies or amateurs. Although contemporary female artists such as Marina Abramović or Cindy Sherman are part of the contemporary lexicon, women artists are still significantly underrepresented in museums across the world.

One case in point in that regard is arts administration, in which one of the most coveted positions to be had is a museum directorship. The Association of Art Museum Directors (AAMD) surveyed its member institutions in 2014, finding that women hold less than 50 percent of directorship positions and that women are paid 71 cents on the dollar to their male counterparts.

In the graduate program, Tucker says that he makes a point of ensuring that students are familiarized with overlooked aspects and the forgotten movers and shakers of art history.

“[We have to look] at our responsibility as educators to be able to fill in some of the gaps that [still persist] in terms of representation, even in fields like art history,” he says. “Part of the opportunity of teaching in a program that’s specifically about a socially and politically engaged art is that we have an obligation to highlight the full range of [practicing] artists and those who have preceded us in history, [but] are oftentimes not given their full [credit] for laying the groundwork for the most interesting work that’s being done today.”

Women’s colleges are in a strong position to cultivate female leadership, says Cecelia Fitzgibbon, president of Moore. Of all the arguments for single-sex schools, one of the strongest is the disproportionate levels of success that women’s college graduates enjoy in their careers.

“Here, what happens is that women compete with themselves, with their own standard of excellence, and they support each other,” Fitzgibbon says. “So they’re getting the best of both [worlds]. It is not about [being] ‘touchy feely’ or the absence of any standards; it’s actually about creating their own high standard for performance and competing against that standard with themselves.”

That same argument was promoted when concerns about the ultimate viability of the single-sex model came to the fore after the near-closure of Sweet Briar College last spring. Sweet Briar is a small college in Virginia with an $85 million endowment and devoted alumnae base. As a school that appeared to be in good shape, that the Sweet Briar board would seriously consider closing down the school sent an alarming message out to the industry.

In the end, Sweet Briar did not cease operations, after alumnae launched a spirited campaign, raising millions and canvassing for prospective students to keep the college afloat. Nevertheless, there are lessons to be learned from Sweet Briar, Fitzgibbon says.

“We are businesses and we must operate as businesses,” she says.

“Therefore, attending to costs and examining sacred cows to make sure that we’re operating in the highest level of efficiency is very critical and it’s true for every institution of higher education.

“Alumnae have a huge role to play and they can’t just be mad when you close. They’ve got to be with you all the way. They have to be supportive and they have to pay it forward.”

For her part, Fitzgibbon is sold on the single-sex model. “I had never attended an all-women’s institution and part of me was skeptical that the model would work, could work, could continue to work in the 21st century,” she says. “Now I am absolutely convinced of it.”

What distinguishes Moore from the archetypal women’s college is its longstanding emphasis on career preparation. Schools such as the Seven Sisters and Sweet Briar were geared from their origins in the 1800s toward providing a liberal arts education. By contrast, Moore was founded in the midst of the Industrial Revolution with the goal of helping women ride the wave of changing technologies, particularly in design and textiles, toward a place of greater financial autonomy.

“Moore always had [an] emphasis on getting a job,” Fitzgibbon says. “There’s a connection between what [students] study and how they enter the world of work.”

To that end, Moore helps students to build their portfolios prior to graduation. Internships are required for all majors, except art education, in which students must take on a 12-week student teaching assignment. One of the top concerns for the college is helping students move through each year successfully and with a firm grasp of what their career might look like after graduation, says Claudine Thomas, interim dean of academic affairs at Moore.

“What’s important to us is to figure out how do we get students to [persist] and pursue their career and what’s relevant for them in their education,” Thomas says.

Although she has had plenty of opportunities come her way since Project Runway, Streater has a level-headed take on the fashion industry. It is not always enough for a designer to be talented, she says, it also takes hard work, a strong personal brand and sometimes a bit of luck.

“[Project Runway] gave me a chance that a lot of other designers don’t get a chance to have, which is leeway to figure out what I want to do,” Streater says. “[If I had not gone on the show,] I would be working for someone else, definitely, because I just wouldn’t have had the funding or the time to be able to pursue that on my own.”

Breaking into the world of art and design can be tough, so Moore makes sure students graduate ready to go. “You go to college, you have that experience, but at the end of the day you want a job afterward,” says Aliyah Pair, a senior majoring in interior design with a minor in curatorial studies. She is in the midst of applying to a master’s program in exhibition design and hopes to one day work in the museum world.

Moore’s selling points for Pair were its emphasis on the “working woman,” she says, and its internship program. “The people that I’d known who went through the program, the people they got to meet in their careers, [the] job offers — [or] even if it wasn’t job offers, [even just the] opportunities to work and build a résumé — I thought was great,” she says.

For Fitzgibbon, the goal now is to raise Moore’s profile nationally.

“When I got here I kept hearing, ‘Moore is the best-kept secret,’ which is a tragedy,” she says. Like a successful designer, she knows that, without a brand, you do not have much to work with.