Engineering remains one of the most male-dominated fields in STEM, with women comprising only 14 percent of engineers in the U.S. workforce. Studies show that it is a problem of attrition, or what some experts call a “leaky pipeline.” Women are less likely to complete their program of study in engineering, and once they graduate, many find it difficult to establish longevity in the field. An estimated 40 percent of women leave engineering by midcareer. 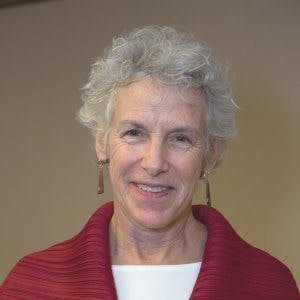 A new study from the Center for WorkLife Law at the University of California, Hastings College of the Law and the Society for Women Engineers (SWE) sheds light on factors that make it harder for women and people of color to succeed in the field, compared to their majority male counterparts. The study surveyed more than 3,000 engineers on their perceptions of bias in the field.

One female engineer said she had to keep reiterating her credentials when meeting upper-level management and new hires. Another said she was considered less motivated by her colleagues because she has children, even though she came in to the office on weekends and evenings to make up time lost to taking care of her children. Yet another said that women were expected to clean up after their male colleagues in her lab.

The findings and comments were unsurprising, study authors said, given current trends and gendered patterns of attrition in the workforce. Female, minority, and engineers who were over the age of 55 were significantly more likely to report experiencing bias than their male, majority colleagues.

For instance, women and engineers of color reported that they had to prove themselves repeatedly to their colleagues, while a majority male engineer’s competence, once established, was less likely to be questioned again. Among survey respondent, 68 percent of male and female engineers of color reported having to “prove it again,” compared to only 35 percent of White men.

Findings such as these show that bias in the workplace ultimately has a negative impact on all workers, said Joan C. Williams, a professor of law at UC Hastings and study author.

“Even majority men, once they become older, are stereotyped as lower in competence than younger people,” Williams said. “What this shows is that you really need to get these biases under control and to interrupt them, or else a whole series of folks are going to be disadvantaged, not just women or engineers of color, but also older engineers.”

Women also face an uphill battle compared to their male colleagues in areas like child care and maternity. Nearly 80 percent of men said that having children did not impact their colleagues’ perception of their commitment or competence, while 55 percent of women said it did.

For women, engineering can be “a pretty chilly climate,” Williams said. “You have to prove yourself over and over again, and a much narrower range of behaviors is accepted among women than in men. There’s pressure to do lower-value tasks, and they have less access to high-profile assignments. If you’re assertive you can be seen negatively, but if you’re not assertive enough you’re not a player. Once you have children you’re seen as significantly less committed.”

Peter Finn, SWE president, said that contrary to such beliefs, diversity is beneficial and vitally important to the field. Increasingly, companies are recognizing the inherent value of having a more diverse workforce, he said, pointing out that the study was funded by a coalition of corporations interested in learning how to mitigate problems of bias and retain more women and engineers of color.