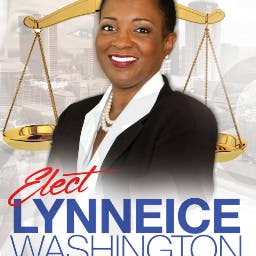 Washington, who is from Birmingham, will now be the DA for the Jefferson County Bessemer Division of Alabama.

The 49-year-old democrat formerly served as a presiding judge in an Alabama municipal court and earned her seat by less than 300 votes in a race against Republican incumbent Bill Veitch. She has been diligently campaigning for the position for more than a year.