The death of U.S. Supreme Court Justice Ruth Bader Ginsburg on Friday at the age of 87 dealt a stinging blow to higher education, which looked to Ginsburg as a progressive voice on the high court who could be counted on to champion equity issues.

From affirmative action to protecting LGBTQ people against employment discrimination under Title VII, Ginsburg had been a trusted liberal justice on the court and a symbol for gender equity. 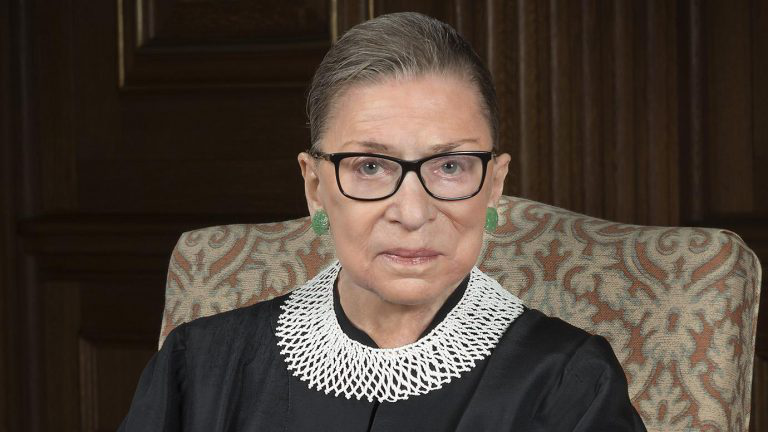 “We have lost a pioneer & champion for women’s equality, Justice RGB,” tweeted Dr. Mildred García, president of the American Association of State Colleges and Universities (AASCU). “We are forever grateful for her tenacity and determination to open the doors for so many of us. She left the world a better place for women and gender rights. The Notorious RGB will never be forgotten.”

Ginsburg — a Brooklyn native — was appointed to the court by President Bill Clinton in 1993. Prior to becoming a federal judge, she was a lawyer for the ACLU and a member of its board of directors. In 1980, she was appointed by President Jimmy Carter to the U.S. Court of Appeals. She taught at Rutgers University from 1963 to 1972 and was the first woman to be tenured at Columbia University’s Law School.

“As a scholar and law teacher, early in her career, Justice Ginsburg demonstrated the unique contributions of scholars engaged in praxis — not only teaching but leading constitutional litigation that aimed to expand our understanding of sex equality,” said Kristin Johnson, the McGlinchey Stafford Professor of Law at Tulane University Law School and associate dean for faculty research. “During her years as a law professor, she advanced the legacy of earlier advocates, such as Thurgood Marshall, who called for an interpretation and enforcement of the equal protection clause of the 14th Amendment consistent with the ethos of a true democracy. She built coalitions with lawyers at organizations like the ACLU and directly contributed to developing strategies to use the equal protection clause to dismantle discrimination.”

Johnson — who is joining the faculty at Emory’s Law School in January — said that as a law student at the University of Michigan, she studied Ginsburg’s work closely as she watched her institution embroiled in two lawsuits that focused on the consideration of race in university and law school admissions processes.

“My fellow classmates and I, inspired by Justices Ginsburg and Marshall, submitted and published amicus briefs echoing earlier demands for equal opportunity, in this case for pathways for greater access to university and legal education opportunities for historically marginalized students,” remembered Johnson. “Sitting together as a multicultural coalition of future judges, law firm partners and law teachers, my classmates and I embraced the call to continue the work that Justice Ginsburg began so many years earlier.”

Dr. Marybeth Gasman, the executive director of the Samuel DeWitt Proctor Institute for Leadership, Equity, & Justice and the Center for Minority Serving Institutions at Rutgers University said that Ginsburg’s legacy will be felt for many decades to come.

“Ruth Bader Ginsburg had a profound impact on the U.S. Supreme Court, the nation and higher education,” said Gasman, who added that Ginsburg’s life-long fight for gender equality paved the way for women. “Within the higher education environment, she joined the majority opinion in a major higher education case involving affirmative action — Grutter v. Bollinger — upholding the use of race in holistic college admissions and affirmative action in college admissions.  Ginsburg was also an outspoken advocate for justice, including disability rights and the separation of church and state within the education sector.”

Dr. Evelyn Brooks Higginbotham, a professor of history at Harvard University and national president of the Association for the Study of African American Life and History (ASALH) praised Ginsburg’s blistering dissent in the Supreme Court decision Shelby v. Holder (2013), which struck down key, impactful sections in the Voting Rights Act of 1965.

“We grieve as well the cruel irony in this year of 2020, when America commemorates both the centennial of the Nineteenth Amendment to the U.S. Constitution and the sesquicentennial of the Fifteenth Amendment, that we would lose to death two stalwart defenders of voting rights — Justice Ruth Bader Ginsburg and Congressman John Lewis,” she said.