The state of Massachusetts is touting some positive news: the increasing number of female college and university presidents.

According to a recent study released by the Women’s Power Gap Initiative of the Eos Foundation, the number of women of color in the state have more than doubled over the past three years, with six women welcoming their first women presidents.

Intentionality, industry leaders say, can be credited for the dramatic increase among women. The Massachusetts College and University Presidents Progress Snapshot has followed the hiring of college presidents from 2018 to 2021.

“We cannot emphasize enough how significant these gains are,” said Andrea Silbert, President of Eos. “Bringing attention to the underrepresentation of women and BIPOC leaders in 2018 and working in partnership with a dedicated group of college and university presidents over the past three years has led to significant gains, particularly for Black women leaders. We are trending in the right direction, but there is still much work to be done.” 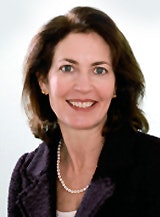 The progress report is an update from the Women’s Power Gap first report which ranked all colleges and universities in Massachusetts according to gender and racial representation in top leadership positions. In this regard, The Bay State may be leading other states across the country. It is also important to note that Massachusetts has approximately 114 colleges, far more than other geographic areas.

Still, experts note that over the past three years, women of color presidents have more than doubled from 6% to 13%. The number of women presidents has increased overall from 33% to 36%. Additionally, 40% of community college presidents in the state are women and 33% are people of color. Six schools recently welcomed their first women presidents.

While work needs to be done to boost female leadership in the Commonwealth’s higher education landscape, the Eos Foundation and its partners said that they believe power parity is within reach and attainable with conscious, concerted efforts and an intentional shift in outreach, recruitment, and hiring practices.

“Having spent more than 30 years in academia, including the past 10 years as President of Emerson College, I’ve been proud to partner with Eos on the Women’s Power Gap Initiative since its beginning,” said Dr. Lee Pelton, who co-hosted a 2019 summit on gender parity in higher education with the Eos Foundation, and who recently became President and CEO of The Boston Foundation. “This is a critical issue, not just for school leadership, but also for its present and future stakeholders.”

Pelton is the former president of Emerson College.

The findings were recently shared during a private virtual summit on among college and university presidents, provosts, and board chairs. Titled “Meeting the Moment – Higher Education’s Opportunity to Lead the New Workplace,” leaders discussed the progress made in the leadership landscape. The group also talked about reimagining a more equitable workplace for women and men who are balancing demands of work and home, and how they might utilize the information gained from the summit.

“Higher education has the opportunity to seize this moment and assume a leadership role in shaping the post-pandemic workforce,” said Simmons University President Dr. Lynn Perry Wooten. “It is crucial that we design enhanced support systems that help with employee reentry, retention, and promoting a sustainable work-life balance. This includes initiatives such as flexible work arrangements, mentoring programs, alternate career paths for tenure and promotion, and support for diverse types of scholarship.” 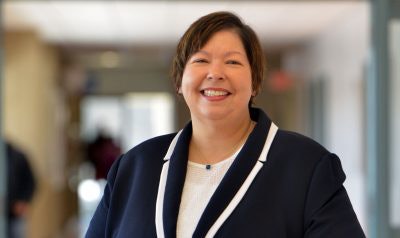 “The pandemic unearthed numerous equity issues across all sectors,” she said. “We responded during this pandemic by providing all employees the flexibility of reducing hours, taking leave of absences and also a remote work environment. As Holyoke Community College transitions back to campus, we will continue to re-evaluate the needs of the students and the employees and engage in conversation with the respective units to determine the ways in which we will adjust to a post-pandemic environment.”

Earlier this week, Dr. Yves Salomon-Fernández, president of Greenfield Community College in rural Western Massachusetts, announced that she would be stepping down from her post in August to spend more time with her family.