When Claflin University President Henry Tisdale challenged his faculty to pursue an aggressive research agenda, he knew the university needed to be dogged in going after lucrative federal research and development contracts to support that research.

“From the beginning, our game plan was to set the bar very high for our faculty  and students in terms of research,” says Tisdale, referring to the resources he put into the school’s Office of Sponsored Programs. “I don’t believe in putting in that kind of mandate without a support mechanism.”

The office works with faculty to develop proposals and secure funding for research projects. In six years, the small, private school in Orangeburg, S.C., has increased its share of federal research funding from $3 million to $20 million, according to Claflin officials.

Claflin ranks 14th among baccalaureate colleges in the South in the 2011 U.S. News and World Report “America’s Best Colleges” issue and 8th among HBCUs. The university has secured federal and foundation grants to fund research ranging from the detection and remediation of weapons of mass destruction to biologic tissue engineering for cardiovascular disease.

Historically excluded from the sponsored research money pie, Claflin and a small but growing number of HBCUs are increasingly seeking to enter the arena and compete with traditionally White institutions as other sources of funding dwindle.

“If we are to move forward, the money is not in getting state dollars. Those dollars are getting cut. The money is in research,” says David Camps, the new president of the National Sponsored Programs Administrators Alliance of HBCUs, which counts 31 schools among its membership.

Securing government research funding can mean negotiating a complex maze of federal bureaucracy. Claflin and many other schools recognize the need for dedicated professionals to navigate the process. While many of the nation’s more than 100 HBCUs lack the infrastructure to go after that money, efforts to change that, including providing HBCUs with technical assistance on the how’s of obtaining funding, are increasing.

HBCUs have long struggled to compete with TWIs when it comes to breakthrough research. Of the 908 U.S. institutions that received National Science Foundation research funding in fiscal year 2005, only 72 were historically Black, and they took in $294.2 million in research funds.

HBCUs accounted for nearly 6 percent of all U.S. institutions conducting research between fiscal years 1996 and 2005. They received on average 1.2 percent of all federal academic research and development funds, according to a September 2008 Congressional Research Service (CRS) report, “Federal Research and Development Funding at Historically Black Colleges and Universities.”

Over the years, there’s been little change in the ranks of the HBCU players, federal reports show. Eight of the top 10 grant-receiving HBCUs in 2005 were also among the top 10 in 1996.

“There’s federal money available specifically for HBCUs that goes unused year after year because HBCUs don’t have the infrastructure to go after it,” says Dr. Marybeth Gasman, associate professor of higher education history at the University of Pennsylvania.

Many TWIs have separate offices for institutional advancement and sponsored research, but at HBCUs the two are often under the same umbrella, says Gasman. While the single-office approach can alleviate staffing pressure and improve coordination, it can also limit a school’s ability to effectively pursue federal dollars.

“There’s not enough infrastructure to support (the office), and that sets both sides up for failure,” Gasman says.

Someone who’s come up the fundraising ranks to solicit corporate grants or individual and alumni donations isn’t typically equipped to go after sponsored research dollars, Gasman says. That should fall to someone with an academic background who can work with faculty to develop research proposals.

Sponsored research office personnel must be able to stay on top of all the requirements of sponsored research, from budgeting, federal audits and reporting to institutional review boards, among other things. This is critically important at HBCUs, where faculty typically teach four classes and could use that extra support, she adds.

Such is the way Claflin’s sponsored research office works. Veronica Goodman carries the title of director of Sponsored Programs. Yet, her role, she says, is to provide support.

“It would be hypocritical to ask the faculty to become top-rated researchers and not provide the support they need in identifying grants and assisting them in going after them,” she says. “We’re about the deliverables. We have to do exactly what we’ve been contracted to do. At the federal level, failure to do that could result in debarment, costing the university millions of current and future dollars.”

Even if an HBCU has a sponsored research office, they are often inadequately staffed to provide that attention to detail, says Camps, who oversees the Office of Sponsored Research and Programs at Fayetteville State University. A former program manager for the Department of Defense, Camps says he remembers proposals from HBCUs being rejected because they were late or incomplete.

Inadequate staffing may be a function of a lack of understanding of what those offices bring to the university and of misplaced priorities at institutions that focus on teaching, says Camps. “If we don’t prioritize research, the students we teach won’t be competitive in the world. You can no longer go on to a master’s program without some type of undergraduate research experience. Research and teaching go hand in hand.”

In addition, faculty and staff could use training in grant writing. Gasman recommends this take place as part of the White House Initiative on HBCUs or in partnership with private foundations and advocacy groups.

HBCU researchers are clamoring for advice and training on securing federal research grants.

Camps says one of his goals is to provide additional technical training for sponsored program administrators, in addition to the educational conferences the Alliance regularly hosts. The White House Initiative on HBCUs has a technical assistance conference planned for next April at Alabama A&M University.

Last September, for example, several federal agencies, including the U.S. Nuclear Regulatory Commission and the Departments of Commerce, Energy, and Defense, co-hosted the fourth annual “Creating a Presence” Minority Serving Institutions Technical Assistance and Capacity Building Conference in Dallas. Federal grant makers met with sponsored research directors as well as individual faculty researchers from historically Black and Hispanic-serving institutions and tribal colleges, among others, for an intensive workshop on funding opportunities, compliance and regulatory requirements and commercialization of university research.

Tuwanda Smith, program manager for the U.S. Nuclear Regulatory Commission’s Minority Serving Institutions Program, agrees that MSIs need to strengthen their capacity to respond to funding announcements. She and other government officials help by providing them with technical assistance training on preparing applications, leveraging grants through partnerships, and demonstrating expertise and a successful track record.

Such efforts to help MSIs produce competitive proposals are paying off. “Just this year 46 responses to funding opportunities came in from HBCUs and 28 were granted. This is a significant increase over last year,” says Smith.

Michael Hubbard, group manager with the Oak Ridge Institute for Science and Education, a U.S. Department of Energy Institute, says colleges need to be able to demonstrate their capacity to do the research with previous successful projects, including those conducted in partnership with TWIs.

Equally important is that the grant writers connect and work with the president, the sponsored research office and other network contacts within their own institutions.

“It is about relationships between the faculty members of these schools. If the relationships aren’t there, nothing is going to happen,” says Camps.

Dr. Lorenzo Esters, vice president of Access and the Advancement of Public Black Universities at the Association of Public Land-grant Universities, sees sponsored research as part of the arsenal HBCUs need to not only survive but thrive.

“HBCUs must have the kind of staffing in place that is necessary to compete and remain viable in this increasingly competitive world,” Esters says. Leaders aren’t the only ones responsible for university advancement; “everybody should take responsibility for being innovative and creative.”

Tisdale agrees and cites Claflin’s recent Department of Defense award as an example.

Claflin researchers set out in 2008 to investigate sources of alternative fuel that would also provide farmers with a cash crop to grow. Their research into the feasibility of the mass production of butanol, a renewable alternative fuel from sugar cane, has led to a recent $4 million grant from the federal Defense Advanced Research Projects Agency (DARPA).

“I’m convinced,” Tisdale says, “that as long as we support faculty research more such contracts will come our way even in the face of a reduction in government spending.”

— Frank Matthews contributed to this story.

Editor’s note: An earlier version of this story incorrectly reported Claflin University’s U.S. News rank among the Best Black Colleges. It is 8th. 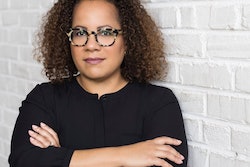