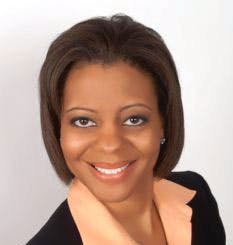 Despite increased emphasis on the need to increase diversity in STEM fields, there’s still a dearth of understanding when it comes to bringing about the kind of institutional change that will actually make a difference.

That’s the viewpoint of Dr. Kelly Mack, who had been a biology professor at the University of Maryland Eastern Shore (UMES) until recently appointed to serve as executive director of Project Kaleidoscope, or PKAL—an initiative of the Association of American Colleges & Universities (ACC&U) that focuses on building and sustaining strong undergraduate programs in the STEM fields.

Since 2008, Mack had been on loan from UMES, serving as a program director for the National Science Foundation (NSF) ADVANCE Program, which focuses on the advancement of women in the academic science and engineering disciplines. She left both positions to lead Project Kaleidoscope full-time.

Mack, who assumed her new post earlier this month, said her top priority at PKAL will be to ensure that PKAL is “poised to lead the nation in addressing the most pressing demands of undergraduate STEM education.”

“As our nation seeks to maintain global preeminence in light of an increasingly diverse population in our country, it is critical that we focus our attention on developing the very best talent that our country has to offer, regardless of gender or the racial [or] ethnic group from which it comes,” Mack said.

AAC&U officials said Mack, who had already been engaged with AAC&U’s Institute on Integrative Learning and the Departments, is a “perfect successor” to outgoing PKAL executive director Susan Elrod.

Mack does not subscribe to the notion that there’s not much an institution can do to make STEM programs more welcoming to underrepresented minorities.

“Evidence points to the institutional climate and culture, access to high-impact practices and access to culturally competent role models as definitive factors that can positively alter the career trajectory of underrepresented students in the STEM disciplines,” Mack said. “Many institutions have impressive track records in employing radical measures to diversify their STEM undergraduate, graduate and faculty populations.”

“The most successful have been those that appropriately target the institutional infrastructure and positively impact the institution’s values and traditions,” Mack said. “The role of Project Kaleidoscope is to promote these evidence-based practices and bring them to the forefront of our national consciousness in an effort to make them commonplace across all of higher education.”

When asked how she will measure success, Mack said the metrics of success will “vary and will be defined by many converging theories emanating from higher education, the social and behavioral sciences and organizational change.”

“This multifaceted approach to determining success, which will include both quantitative and qualitative assessments, is necessary given the number and complexity of factors contributing to the overall underrepresentation of diverse students in the STEM disciplines,” Mack said.

Although higher education is awash with individuals and programs meant to eliminate minority underrepresentation in STEM, Mack said the issue still needs to be treated with more urgency.

“Although there may be widespread attention to this issue, the criticality of the underrepresentation of diverse students in STEM fields [are] not universally understood or accepted,” Mack said. “Thus, if we look at all of higher education, we would find that [the number of] individuals, programs, projects or organizations dedicated to increasing the number of diverse students who enter and complete undergraduate studies in STEM fields is less than adequate.”

One of the biggest criticisms of STEM education is that it isn’t being made relevant to the lives of diverse segments of the population. Mack said the relevance issue impacts broad segments of society, not just minorities, but that institutions still need to be more deliberate about helping underrepresented groups apply scientific solutions to real-life problems that confront their communities.

Although many STEM professionals say their interest in their particular field was sparked when they were very young children, Mack rejects the idea that it’s too late to make a difference in STEM diversity at the tertiary level.

“As educators, we never subscribe to the notion that it is too late or that there could ever exist a student that cannot be saved,” Mack said. “The long-term solution for increasing STEM graduation rates should, indeed, include interventions targeted at the pre-school levels,” Mack agreed when asked if more of a focus should be placed on introducing students to STEM at the pre-school and K-12 levels.

“However,” Mack said, “given the urgency related to broadening the participation of underrepresented groups in the STEM disciplines and the relative speed at which science and engineering knowledge is growing and changing, we are best served by strategic, multi-pronged approaches that not only address fundamental skill development and foster scientific curiosity at the pre-school levels, but also target students at the undergraduate level who are primed to enter the STEM workforce in the immediate future.”