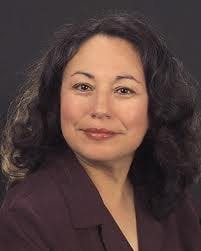 A lead author of a report about the survey—formally known as the Undergraduate Teaching Faculty: The 2010–2011 HERI Faculty Survey—attributed the higher levels of reported stress among minority faculty to the fact that minority faculty tend to have lower rank in the world of academe.

“If you’re in a powerless position, you’re even more powerless if you don’t have tenure,” said professor Sylvia Hurtado, director of HERI. “If you feel that you’re marginalized and you don’t have the stability of job security, you’re going to feel much more vulnerable.”

Indeed, when it came to factors noted as a source of stress, Black faculty members were the most likely at 63.6 percent to cite subtle discrimination, followed by Hispanics at 42.6 percent and Whites at 24.7 percent.

Whites, on the other hand, with only one exception, were more likely than any other group to cite faculty meetings, colleagues and students as sources of stress. Whites were also the least likely to cite job security as a source of stress.

Christine A. Stanley, professor of higher education and Vice President and Associate Provost for Diversity at Texas A&M University, said she was “not surprised that faculty of color face occupational stress more frequently.”

“There is prior research that supports these findings,” said Stanley, who served as editor of a 2006 book titled “Faculty of Color: Teaching in Predominantly White Colleges and Universities.”

“For example,” Stanely said in a written response to Diverse, “quantitative and qualitative studies conducted with tenured and tenure-track faculty, particularly at predominantly white colleges and universities often illustrate, other than personal finance and discrimination, that faculty of color face stressors attributed to alienation and isolation, job satisfaction, competing demands associated with tenure and/or promotion, systemic oppression, institutional fit, and the history and legacies of injustice.”

The HERI survey also found gaps by ethnicity in terms of the degree to which different groups cited personal finance as a stressor.

Women were more likely than men to report stress associated with child care—63.5 percent (compared with more than half of men 51.1 percent). They were also more likely to cite being part of a dual-career couple—58.7 percent versus 44.1 percent—as a stressor, as well as care of an elderly parent—56 percent for women and 46.1 percent for men—and dealing with children’s problems—54.6 percent versus 44.1 percent—the survey found.

Women faculty were also twice as likely as men—40.0 percent versus 20.2 percent—to report subtle discrimination as a source of stress.

The HERI faculty survey deals with a range of other issues, from the stress of dealing with underprepared students and “red tape” and institutional budget cuts.

It found that, in general, most faculty saw the need for institutions to hire more faculty of color. It also found that most respondents thought minority faculty were being treated fairly.

“I think we have to look carefully at who is making the claims of fair treatment,” Stanley said. “While one might perceive that a group of faculty are being treated fairly, this might not be the experience of the group who often feels that they experience racism, sexism, homophobia, Islam-phobia, anti-Semitism, and xenophobia, for example.”

Stanley said there is “no question” that institutions need to hire more faculty of color.

“A more critical question is, ‘Are institutions willing to challenge their policies, practices, processes, and behaviors to meet the demands of an increasingly global and diverse world?’” Stanley said.

This story has been updated and  some statistical data found to be misapplied has been removed.