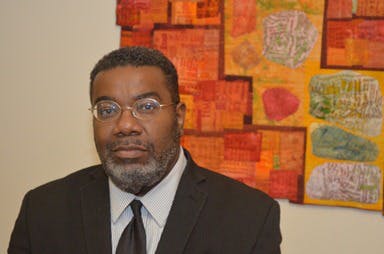 Todd McFadden is the president of the Association of Black Cultural Centers.

Less than two weeks before the nation was to decide whether to re-elect President Barack Obama, the Association of Black Culture Centers Annual Conference examined what it means to be “Black in the age of Obama.”

Whether the age of Obama and the idea of a post-racial America draws to a close after Nov. 6 or continues until 2016, Black culture center directors say one of their biggest challenges is harnessing the energy of Black students on their campuses.

“There’s a lot of apathy as it relates to being Black or African-American at our colleges and universities,” said Tracy Adams-Peters, director of Inclusive Excellence at the University of Denver’s Center of Multicultural Excellence.

The movement that gave birth to Black culture centers hasn’t been able to sustain the same level of engagement over the years, Adams-Peters said. “We are all at risk of losing our Black culture center identity and becoming multicultural centers that kind of wash away the importance of being Black or African-American.”

The ABCC held its 22nd annual conference last week at Purdue University in West Lafayette, Ind., and chose as its theme, “Culture, Concerns and Contradictions: Being Black in the Age of Obama.” Over four days, center directors, administrators, students and faculty from around the country addressed that sobering theme and the inherent contradictions that confront culture centers. Renowned public intellectual Michael Eric Dyson gave one of several keynote addresses.

As it witnesses shifting attitudes about racial and cultural identities, the ABCC has begun to think more in practical terms of what it can do to benefit the university in areas such as student retention, said ABCC Executive Director Fred Lee Hord. “What we have found is that the students we are teaching [today] are different students than when this organization started in the ’80s.” The association now must find “students who are clear about the potential benefits” of culture centers, he said.

Hord, professor and chair of Black Studies at Knox College in Galesburg, Ill., founded the ABCC in 1987 when he was director of the Center for Black Culture and Research at West Virginia University. The ABBC, headquartered at Knox, includes more than 700 members and affiliates in all 50 states, the Caribbean and West Africa.

Hord said culture centers must dispel the notion that they are nothing but “baby-sitting arrangements for students to come over to socialize, eat and have parties.”

And during a time of campus budget cutting, the association needs “to have quantitative data” to justify centers’ benefit to university administrations, he added.

“We are concerned with gathering data and encouraging research that specifically looks at what we do and how we do and what effect that we have on Black students, specifically, and on higher education, generally,” said Todd McFadden, ABCC president and director of the Upperman African American Cultural Center at the University of North Carolina Wilmington.

Toward that end, ABCC is working to position itself as a clearinghouse of information, looking at best practices, centers that have been most effective and ways it can share information through its website and publications, McFadden said. Some of the conference’s best presentations will be considered for ABCC’s next book.

One presentation by Vincent Johnson and Damien Durr of Vanderbilt University spurred a lively discussion about the role of the scholar in the Black community. Preceding the discussion, Johnson and Durr presented a documentary-in-progress that featured a range of academics and lay people offering their opinions on that topic.

Relevancy might as well have been the conference’s undercurrent theme. Time and again, organizers alluded to cultural centers’ relevancy in the “Age of Obama.”

“Oftentimes people make the assumption that we’re in a post-racial society and that cultural centers aren’t as relevant as they were some years ago,” said Renee Thomas, ABCC Indiana State Coordinator, conference co-host and director of Purdue’s Black Cultural Center. To maintain their relevancy, culture centers must develop assessment instruments because they’re operating in a data-driven environment, Thomas said.

Centers also need an academic component. For instance, Thomas said, Purdue’s center is aligning itself closely with the university’s academic mission in several ways. One is the role it plays in recruitment and retention. The other is looking at students once they go out into the real world and become global citizens. “We need to look at domestic global diversity as well,” Thomas said. “Globalization is not always exterior to the U.S., but how can we have that global domestic experience on our college campuses and the role that centers play in that.”

Keeping the focus on the younger generation, journalist, activist and political analyst Bakari Kitwana, centered his Friday evening keynote on hip-hop and the historic election of Obama.

Kitwana called Obama’s election “the first political victory for the hip-hop and post hip-hop generation.” And that generation needs “to take ownership of that,” he said.

Furthermore, he added, that political power shouldn’t be squandered. “If we could ever master moving influence from just buying records to turning people out to the polls, we can change American politics forever,” said Kitwana, who believes the polls aren’t capturing the enthusiasm of Obama’s young supporters.

A week from now, the prophesy of his words will be known.