Co-founders Judy Stewart and Caroline Martin declared that their mission for the school is “to nurture the next generations of creative, imaginative and ethical STEAM leaders who understand and respect the humanities.” Stewart and Martin also noted that they hope their new academy will address the deficit of skilled workers for the 21st-century economy.

A study conducted in 2010 at Georgetown University found that by 2018, Virginia would need to fill over 400,000 STEAM-related jobs. Graduates of the new Virginia STEAM Academy may be able to step into those jobs.

AT&T recently published research on STEAM education and found that STEAM jobs are expected to grow at a rate almost twice that of other professions over the next few years. They also found that many high-paying STEAM jobs continue to be unfilled because candidates lack the skills necessary to do the job. In a country where unemployment is on the rise, it’s important to start filling this skill gap.

Furthermore, the residential nature of the academy may help address the wide disparity in resources between districts in the areas of math and science. Students in all counties of Virginia will have an equal opportunity to attend Virginia STEAM Academy. 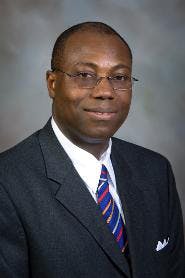 The limited exposure to a STEAM curriculum in certain areas of Virginia is a real problem, according to Stewart and Martin. The new academy will offer a comprehensive curriculum for capable students, regardless of their zip code.

This school is “an innovation on a proven model,” Stewart said. There are 19 other public, residential high schools with a math and science focus in the country. North Carolina School of Science and Mathematics was the first of these schools. It has been named a top 100 high school in the country for the last 14 consecutive years. And all 100 counties in North Carolina are represented within their small student population.

The partnering colleges are excited about this new venture. Col. Troy Siemers, head of Virginia Military Institute’s Department of Applied Mathematics and Computer Science, said, “The partnership with [Virginia] STEAM Academy strengthens our connections with the broader education community and allows us to directly impact hundreds of future mathematicians, scientists and engineers.”

Virginia Military Institute (VMI) already works with high school students with the Mathematical Association of America. They are committed to giving young people positive, fulfilling experiences in mathematics. Siemers noted that their partnership with Virginia STEAM Academy is another way VMI is showing their passion for the future of young people in math and science fields.

For the most part, professors and administrators at the colleges will play an advisory role to start. They are helping develop the curriculum and consulting on the best use of technology within the school.

In the future, both the universities and the academy founders hope that the partnership will take on a much more active role. Siemers in particular will provide information and creative experiences for the students in the area of applied mathematics. Students will work with university professors in a mentorship capacity on research projects. And the academy faculty will have sabbatical experiences with professors and learn from them professionally. Stewart and Martin also hope the universities will pursue grants with the academy.

Dr. Daniel Wubah, vice president of Virginia Tech’s Undergraduate Education and deputy provost, hopes that the Virginia STEAM Academy will serve as a pipeline into Virginia Tech. Through this partnership, he’s hoping that the school will get well-prepared students “who will be able to excel and take advantage of all the opportunities on [Virginia’ Tech’s] campus.”

Virginia Tech has their people consulting with Virginia STEAM Academy staff on how to incorporate art into the classroom and how to best use technology to connect the humanities to the sciences. Wubah is especially interested in showing students how the arts relate to engineering. He’s also looking forward to his position on the advisory committee.

The Virginia STEAM Academy is expected to open in the fall of 2014. It will eventually serve 1,000 students in grades 9 through 12 with 250 9th graders admitted each year. In addition, they will host a summer program for middle school students.