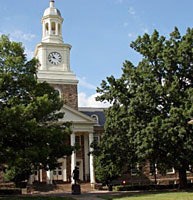 The very phrase conjures up images of young Black men who disregard any notion of community well-being or racial solidarity in favor of quelling their self-loathing and exercising their get-paid-at-any-cost approach to life. Those who practice this behavior are almost universally looked upon as scourges and menaces to society in general and the Black community in particular. Advancing their personal agendas trumps everything else.

In our effort to make sense of it all we blame their parents, schools, racism and a litany of other scapegoats who through acts of commission or omission have allowed this pathological behavior to exist. More often than not, however, the system couldn’t care less and assesses blame and punishment on the individual.

So, what do we call it and who do we blame for the alarmingly high turnover rate in leadership at the nation’s public Historically Black Colleges and Universities?

It would be too much of a stretch to liken it to Black on Black crime. Friendly fire perhaps is a more fitting term. Friendly fire occurs when comrades in arms unintentionally cause harm to their companions or to those they are supposed to protect. For our purposes, let’s assume that the politically connected board members of public HBCUs are friends—not foes—of their respective institutions.

At last count there were some 16 presidential vacancies out of 105 at these schools. These schools’ contribution to the nation’s overall graduation rate is essential and indispensable.

While it is understandable that college presidents and the boards that select them often soon have a parting of the ways, the nagging question about this particular turnover trend is that it’s coming at one of the most pivotal times in the history of our nation. Under the guise of balancing budgets and cutting wasteful spending in a post-racial environment these self-inflicted wounds and friendly fire consequences make these schools even more vulnerable.

Another consequence of these firings is that with each new dismissal or vacancy the pool of strong candidates dwindles. Many already feel that going to an HBCU is equivalent to professional suicide. And, as Traditionally White Institutions step up their efforts to find and hire Black and other minority leaders, savvy professionals are now more inclined to follow the leanings of their heads instead of their hearts.

The tragedy is that there exists a long line of distinguished public and private HBCU presidents and boards that have paved the way, provided the template and otherwise shown the way. Legendary figures such as Bill Harvey at Hampton University, who graciously sponsors a leadership conference every year; Norm Francis at Xavier; Luns  Richardson at Morris;, Earl Richardson at Morgan State; David Swinton at Benedict; and Mary Sius at Kentucky State  provide exemplary  affirmations  of what can be achieved.

Even today, young leaders such as Jim Anderson at Fayetteville State, Cheryl Dozier at Savannah Sate and Chris Brown at Alcorn, to name just a few , seem to be off to a very good start. Hopefully they will be given sufficient time to make their imprint for the betterment of their respective institutions.

Those who would deny them the opportunity to do so aren’t quite as bad as those who commit Black on Black crimes. Friendly fire would be a more charitable assessment. Still, we’d hate to try to live off the difference between the two because in the final analysis irreplaceable and treasured institutions and people will be gone.