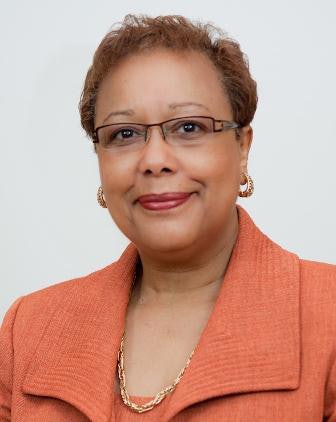 Dr. Sharon P. Robinson says schools of education should see the recommendations as “not a threat but an opportunity.”

WASHINGTON — An organization of state school chiefs issued a report they described as a “call to action” Monday for states to hold teacher preparation programs more accountable for student achievement.

The reform effort—part of a larger movement taking place in various areas of public education—calls for being “highly selective” about who is admitted to teacher preparation programs, rewarding exemplary programs, and potentially shutting down those that are deemed ineffective.

The looming changes will demand the attention of college and university administrators at the highest level, leaders of the reform effort said.

“This is not about schools of education, but will require attention of presidents and provosts,” said Gene Wilhoit, retiring executive director of the Council of Chief State School Officers, or CCSSO, which issued the report, titled “Our Responsibility, Our Promise: Transforming Educator Preparation and Entry into the Profession.”

“You can no longer have a poorly delivered program that is delivering outcomes for students that are inferior,” Wilhoit said during a briefing on the new report. “The worst thing you can do is ask a person to enter a profession, poorly prepare them and then blame them” for failure, he said.

So far, 25 states have signed on to the reform action, led by the CCSSO Task Force on Educator Preparation and Entry into the Profession.

The 38-page report is intended for state education leaders but has broad implications for colleges and universities.

The report calls for states to use various “levers” to impact the way that classroom teachers and school administrators are prepared for their professions as states begin to implement new standards and assessments that focus on preparing students at the K-12 level to graduate “college and career ready.”

The program makes a series of recommendations in three broad areas: licensure; program approval; and data collection, analysis and reporting.

Under the recommendations in the program approval area, states will:

n  Hold teacher preparation programs accountable “by exercising the state’s authority to determine which programs should operate and recommend candidates for licensure in the state.” This includes establishing a “clear and fair performance rating system to guide continuous improvement.” Further, states will “act to close programs that continually receive the lowest rating and will provide incentives for programs whose ratings indicate exemplary performance.”

n  Adopt and implement “rigorous program approval standards to assure that educator preparation programs recruit candidates based on supply and demand data, have highly selective admissions and exit criteria that includes mastery of content,” and provide a clinical practice throughout a candidate teacher’s preparation. Programs will also be expected to produce “quality candidates capable of positively impacting student achievement.”

n  Provide preparation programs with feedback, data, support, and resources to “assist them with continuous improvement and to act on any program approval or national accreditation recommendations.”

Among those who said they generally supported the recommendations is Dr. Sharon P. Robinson, president and CEO of the American Association of Colleges for Teacher Education, or AACTE. Robinson said schools of education should see the recommendations as “not a threat but an opportunity.”

“If programs sit there and do nothing and think they can continue to get their candidates licensed, those programs will go out of business,” Robinson said in an interview with Diverse.

Robinson said the report’s recommendation for a more clinical focus in schools of education means “professors have got to get off campus and into the schools where their candidates have their clinical experience.”

Asked if she had any concerns about CCSSO’s recommendations, Robinson said her primary concern is how university leaders may allocate resources.

“All of this means that resources have to be spent differently at the university level,” Robinson said. “My biggest concern is that university leaders, presidents and provosts support their deans when they’re moving the programs in the direction recommended by this report and others.”

The CCSSO report adds to several other reports and efforts that are also aimed at achieving various reforms to teacher preparation programs.

At the federal level, last year the U.S. Department of Education announced a plan to improve teacher prep programs by identifying strong versus weak programs. Details of the plan are still being hammered out but are expected early next year.

Over the past year or so, the Association for Public and Land-Grant Universities issued “Guiding Principles for Secondary Mathematics Teacher Preparation Programs,” and the National Association of State Boards of Education issued a “Gearing Up Teacher Workforce Report.”

Tom Luna, president of CCSSO, said a key difference with the CCSSO report is that it involves states coming together to take action, just as many did with the Common Core State Standards Initiative, a state-led effort meant to provide college and career ready standards to guide school systems in what they teach.

It may be difficult to garner the resources necessary to implement the new teacher prep program recommendations, Luna said, “but I’m convinced we have the right levers in place and the right approach to bring this to pass.”