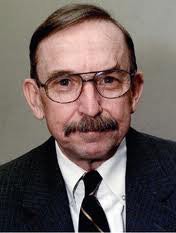 New court rulings in Texas and Colorado have reinforced the principle that judges should be reluctant to meddle with academic decisions by colleges and universities.

In one case, a judge held that Texas Southern University did not violate the federal due process rights of two first-year law students who flunked out for failing to maintain the required 2.0 minimum GPA.

“Federal courts disfavor claims that require judges to second-guess judgments about the academic quality of a student’s work,” the ruling said.

And, in the other case, a judge said a Metropolitan State University dean’s opposition to the promotion of a female professor may have been based on his own gender bias but found insufficient evidence that sex bias also motivated the Faculty Senate, provost, vice president of academic affairs and president to reject the promotion.

“The decisions made in academia are subject to some deference because they are exercises in professional judgment,” the decision said.

The TSU case was filed by Jonathan Chan and Karla Ford, who received D and D- grades in a contract law course. On their final exam, each answered only one of eight questions correctly.

As a result, both had GPAs below the minimum, so the Thurgood Marshall School of Law dismissed them at the end of the spring 2011 semester. The Academic Standards Committee held brief review hearings at the two students’ request but denied their petitions for grade changes.

They then sued for damages and reinstatement.

U.S. District Judge Lee Rosenthal rejected their claims that the professor arbitrarily graded one of their exams and that the law school failed to provide a valid appeals process and wrongfully denied their grade-change request.

In his decision, Rosenthal said that, although the plaintiffs “challenge the policy of curving grades as inherently arbitrary, they do not challenge the academic reason for TSU’s policy: to dismiss students who do not show promise for success in future studies, on the bar exam or in legal practice.”

Rosenthal also cited the availability of the petition and hearing process, the use of anonymous examination numbers and the fact that the professor followed accepted academic norms in grading.

The decision allows Chan and Ford to pursue claims in state court for emotional distress and breach of contract if they wish. However, Rosenthal noted that courts across the United States have rejected attempts to frame “a purely academic failure by a student in a professional school” as breach of contract.

The Metropolitan State decision came in the case of Dr. Elizabeth Frederick, who was hired as a tenure-track assistant professor of management in the School of Business in 1987. She became an associate professor in 1992 and chaired the department in 2003-04.

As a member of the school’s Faculty Salary Equity and Parity Task Force in 2004, there were “tensions” between herself and then-Dean John Cochran, the decision said, and a “developing adversarial relationship” led her to resign as department chair.

Frederick’s initial application for promotion to full professor in 2006 received a favorable review from the departmental committee but was rejected by the Business School’s committee, Cochran and higher-level administrators. She reapplied in 2007, again with support from her department, but not from the chair, dean and other officials.

“There is ample evidence to support a finding that Dean Cochran’s opposition to Dr. Frederick’s application for promotion was substantially motivated by gender bias, perceiving her as an aggressive woman advocating for equality,” Matsch said. “She contends that this animus affected the other levels of review, making her employer liable.”

However, the judge continued, “The evidence does not support that contention,” saying that, even if Cochran’s views influenced the Business School committee, there is no proof that it caused the other rejections.

Frederick’s lawyer, David Lane of Denver, said his client, who remains on the faculty, was seeking “damages and a fair shot at promotion.” She has not decided yet whether to appeal, he said.