Oberlin College and the Popular Fables of Hate and Ignorance 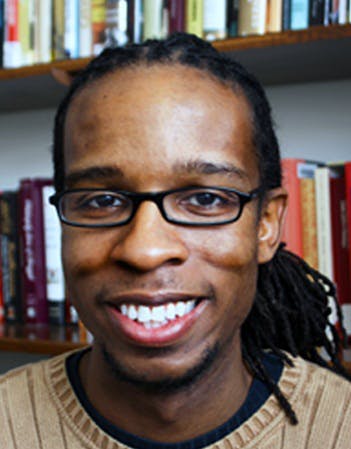 Oberlin College administrators suspended classes “and all non-essential activities” on Monday in response to a series of “hate-related incidents.” In an academy where these incidents have become so normal that cynicism has immobilized and drastic action is seen as hopelessly ineffective, it was refreshing to hear about this announced “Day of Solidarity.”

“We hope today will allow the entire community — students, faculty and staff — to make a strong statement about the values that we cherish here at Oberlin: inclusion, respect for others and a strong and abiding faith in the worth of every individual,” read a college statement. “Indeed, the strength of Oberlin comes from our belief that diversity and openness enriches us all and enhances the educational mission at its core.”

During the Black Campus Movement of the late 1960s, student activists from Washington to Florida, from Maine to California, disrupted classes and campus activities on hundreds of campuses with one message: if we cannot receive a tolerant education, education will cease. Although I am sure pressure came from students, I am glad to see administrators taking the initiative, organizing the protests, not waiting on the historic student force of change. Prompt, forceful, unapologetic action is always applauded. Administrators across the country facing similar incidents need to follow the lead of Oberlin, an institution that has long been one of frontrunners on social issues in higher education.

And they had every reason to cancel classes, to schedule an Africana studies teach-in followed by a rally, and community convocation on Monday. A series of incidents plagued Oberlin during Black History Month, always a tumultuous month of racial conflict on campuses. Posters were defaced with the N-word. Swastikas were drawn. Someone put a note at the LGBTQ Center, calling it the “Nigger + Faggot Center.” An elevator was tagged as a “Nigger Oven.” A person was spotted donning a Ku Klux Klan-style outfit near the Edmonia Lewis Center and the Afrikan Heritage House on Monday morning, the last straw for the administration.

As I stop my applause, I have one concern, one question. Is the problem hate? Should these incidents be called “hate-related incidents”?

I am always amazed by the use of notions of hate to explain historic and existing manifestations of racism and sexual discrimination. And I am even more amazed when the reason given for why people hate is ignorance. Slavery occurred, segregation happened, mass incarceration is in effect, opposition to gay marriage persists, efforts to maintain a hetero-normative United States continues due to hate. Only ignorant Whites hate Blacks. Only ignorant heterosexuals hate gays.

Truthful historians and sociologists have consistently and clearly demonstrated falsities of these great American fables in recent decades. Racism was a byproduct of hate, which was a byproduct of ignorance. But that’s like looking at and labeling the forehead without understanding the brain, or the more popular saying of reading the book by its cover. The cover may have been hate. But the book of America’s still-being-written racial story (and sexual and gender stories) reads threats, competition, power struggle, battle for limited resources, denigrating difference, the need to justify inequality.

So when the N-word gets posted on our campuses, we cannot reduce it to a hate-related incident. It is no coincidence these cases befell Oberlin during and after Black History Month. Some students probably felt threatened by the loud presence of blackness. Some students probably felt inferior Black people had nothing worth celebrating. And as we all heard during the 2012 presidential campaign — practically centered in Ohio — there is this growing belief among some groups that Blacks and gays are taking away their country, a country where Blacks were once seen and not heard, a country where gays remained in their closets. This belief is stemming from the myth that power is quickly slipping out of White, heterosexual hands.

I do not know why those Oberlin students wrote such offensive language and donned the offensive clothing. But I strongly suspect that it was not merely hate derived from ignorance.

Aside from the fables of hate and ignorance, Oberlin should be applauded. “We believe that today’s events — and our ongoing work and discussions — will strengthen Oberlin and will strengthen us all,” a college statement said. I believe it too, but the ongoing work will be critical. The more widespread, required need for Africana studies and queer studies should be obvious. The discussions will be vital as well, so long as they do not cohere around the fables, the half-truths of hate and ignorance.

Dr. Ibram H. Rogers is an assistant professor of Africana studies at University at Albany — SUNY. He is the author of The Black Campus Movement: Black Students and the Racial Reconstitution of Higher Education, 1965-1972. Follow on Twitter at @DrIbram