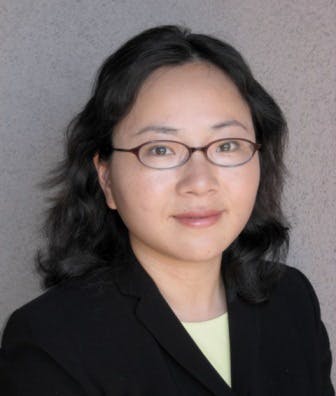 Dr. Waverly Ding is a co-author of a study on female underrepresentation on corporate scientific advisory boards.

In the study, From Bench to Board: Gender Differences in University Scientists’ Participation in Corporate Scientific Advisory Boards, co-authors Dr. Waverly Ding of the University of Maryland-College Park, Dr. Fiona Murray of MIT and Dr. Toby E. Stuart of the University of California Berkeley write that there are “specific areas in which university administrators may have some leverage to remediate the gender gap” that are documented by the co-authors in their analysis. The co-authors assert that universities can boost the visibility and experience of female professors by facilitating their involvement with the school’s technology transfer office.

“Every woman we interviewed who had held a senior administrative role believed that the visibility of the office led to consulting and SAB opportunities and bolstered their legitimacy in the commercial sector. … Therefore, for women faculty who are willing to take on senior administrative assignments, such as deanships, we believe that active university policies to match women to these positions will help to create opportunities for women in commercial science,” according to the study, which is to be published in the Academy of Management Journal.

Ding, an assistant professor of management at the University of Maryland’s Robert H. Smith School of Business, says the study documents compelling evidence of discrimination, estimating that female professors are nearly 50 percent less likely than their male counterparts to be invited to join corporate SABs and to start new companies, based on their research. The study’s research is drawn from survey data about the biotech industry and 6,000 U.S. scientists whose careers spanned more than three decades.

“The data says that women are miserably underrepresented on these corporate scientific advisory boards. And the implication here is that this might not be a good thing for these tech companies,” she explains.

What the co-authors are “trying to argue in the paper is that the reason we don’t see many women scientists being represented in the high-tech scientific advisory boards is because the process of vetting has something wrong with it,” Ding says. The research team did not uncover “evidence that points to women lacking intention or lack of qualifications for scientific advisory board membership,” which led them to conclude the explanation rested with the vetting process.

“Women were judged unfavorably because of culturally embedded discrimination and lack of confidence in their abilities because they don’t have the network reach into these boards,” she charges.

“One of the key lessons from the study is that institutional intervention actually matters a lot. Most of the universities have technology transfer offices, and I rarely hear that tech transfer offices try to organize women and bridge them to the corporate world,” Ding says.

For Dr. Eva Chin, a University of Maryland-College Park public health school professor, the study by Ding and her colleagues provides a compelling investigation of the challenges that she faces as the founder and chief scientific officer of Myotherapeutics, a drug discovery and development company focused on improving skeletal muscle function and improving mobility and quality of life of individuals with muscle-based diseases. She says “understanding how private industry [and] scientific advisory boards operate, as well as the interface between public universities and private corporations is of great interest” to her.

“I was interested in trying to learn from what the study found,” says Chin, who brings nine years of corporate experience in a major pharmaceutical company to her company. The firm is in early-stage development and is developing products based on research licensed from the University of Maryland.

It doesn’t surprise Chin that women faculty members are underrepresented in commercial science activities, such as serving on corporate scientific advisory boards. While the University of Maryland-College Park, under president Dr. Wallace Loh, is encouraging entrepreneurship by its professors, Chin has observed that most research science professors have a “certain reluctance” to “have anything to do with industry and the corporate sector.”

“It’s a great challenge to take scientific findings and build a business. And I think there are very few women who are doing that — definitely fewer than men,” she notes.