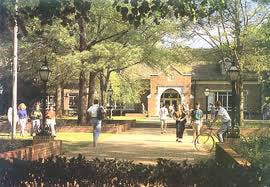 The AACU report is meant to bolster support for institutions that emphasize the liberal arts in the face of criticism some fear may dilute the humanities or restrict them to elite private universities.

Firing back against intensifying attacks on the humanities, an association of liberal-arts colleges and universities has released a survey showing that employers want graduates with precisely their kinds of education and announced a compact with CEOs to make sure they can continue to get it.

The report, from the American Association of Colleges and Universities, or AAC&U, is meant to bolster support for institutions that emphasize the liberal arts in the face of criticism some fear may dilute the humanities or restrict them to elite private universities that only the rich will be able to afford.

But hidden deeper in the findings, and not mentioned in the accompanying news release, is the disclosure that more than 40 percent of employers already don’t think colleges are teaching students what they need to know to succeed. A third say graduates aren’t even qualified for entry-level work, and more than half say new hires with college degrees don’t have the skills they need ultimately to be promoted.

The AAC&U, whose 1,300 members are colleges and universities that offer what is now being called liberal education, says what students really need to succeed are not specific skills in narrow fields, but such abilities as reasoning, critical and creative thinking, problem-solving, and communication.

To back this up, the association released the results of a survey conducted in January of 318 corporate leaders, 93 percent of whom agreed that “a demonstrated capacity to think critically, communicate clearly, and solve complex problems” is more important than a job candidate’s undergraduate major.

Three-quarters said they want more emphasis on critical thinking, problem-solving, written and oral communication, and applied knowledge. And 95 percent said they want new hires to demonstrate ethical judgment and integrity and the capacity to continue to learn.

The findings reinforce the results of previous focus groups conducted by the AAC&U. They follow public criticism from the governors of Florida, Wisconsin, and North Carolina, who are pushing for educations they say are more likely to lead to jobs and who have questioned the value of humanities programs.

As the cost of college rises and the job market continues to sputter, students and their families are also more inclined to opt for majors they believe will give them a leg-up. Only 8 percent of students now major in the humanities, according to the American Academy of Arts and Sciences, down from a peak of more than 17 percent in 1967.

Other higher-education organizations have also raised concerns about this, including the Council of Independent Colleges, which in November began a “Campaign for the Liberal Arts.”

But the AAC&U survey also reveals deep skepticism on the part of employers about the job that colleges are already doing. Forty-four percent said they were not satisfied with the job colleges and universities are doing to prepare students for the workplace, a third didn’t think new hires were ready for even entry-level work, and 56 percent said graduates arrive without the skills they need to be promoted.

The AAC&U has launched what it calls the LEAP Employer-Educator Compact, named for an ongoing initiative called Liberal Education and America’s promise. It says more than 100 college presidents and 100 business and nonprofit leaders have pledged to support this kind of education and make sure students continue to have access to it.