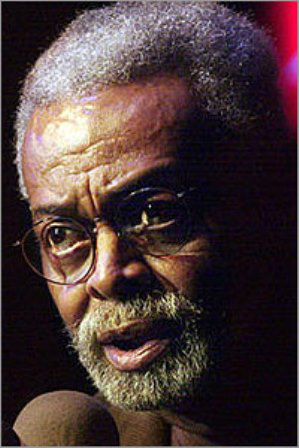 All across the country, Black academicians, activists and artists are remembering the life of Amiri Baraka, one of the nation’s most prominent Black writers, who died yesterday at the age of 79.

“He was a literary genius,” Dr. Cornel West, a professor at Union Theological Seminary and a longtime friend to Baraka, told Diverse. “He was a revolutionary who was always on fire and most importantly, he never sold out.”

Born Everett LeRoi Jones in 1934 in Newark, N.J, Baraka (who later changed his name several times) emerged as a powerful literary voice during the Black Arts Movement of the 1960s. A polymath of sorts, Baraka mastered poetry, essays and other works of non-fiction. His play Dutchman made its debut at the Cherry Lane Theater in Greenwich Village in 1964 and later won an Obie Award. He was lauded for his 1963 book Blues People, which chronicled the music of African-Americans from spirituals to blues and jazz. He was also a spoken-word artist who captivated audiences with his soul-stirring performances on college campuses and in nightclubs.

“He could just take words and make them into anything he wanted,” says John H. Bracey, Jr., the chairman of the W.E.B Du Bois Department of Afro-American Studies at the University of Massachusetts, Amherst. “Whatever he did was good when he did it. He didn’t do hack work.”

In 2002 he faced intense scrutiny as New Jersey’s Poet Laureate. His poem, “Somebody Blew Up America,” which was published shortly after the 9/11 terrorist attacks, was denounced by Jewish groups as anti-Semitic. They protested the line in the poem where Baraka claimed that thousands of Israelis knew of the attack on the World Trade Center and opted to stay home from work.

Baraka was hardly predictable and his politics were complicated. At one point, he self-identified as a black nationalist and later referred to himself as a Marxist-Leninist. Though he taught at several universities and spent 20 years on the faculty at the State University of New York at Stony Brook, he was never able to earn tenure.

“I think his controversial leanings should not in any way interfere with the fact that he was one of the greatest literary figures of the 20th century,” says the Rev. Al Sharpton. The civil rights leader and MSNBC host first met Baraka at the National Black Political Convention that convened in 1972 in Gary, Ind. and stayed in touch with him across the years.

“He was an absolute literary giant; a genius as a poet and prose man,” says Sharpton.

Despite his international following, Baraka remained deeply committed to Newark, where he kept residence. Bracey recalled accompanying him to the Newark Public Library on one occasion and was astonished as schoolchildren hurried around to greet him.

“It was extremely powerful,” remembers Bracey. “The kids saw him as theirs. He was a very gentle person who gave himself to the people.”

“No matter what you think of his politics, he was a master artist and he modeled what it meant to be courageous in the face of evil,” says Glaude. “He was constantly recreating himself over and over again in public.”

Dr. Chris Tinson, an assistant professor of African American Studies at Hampshire College, says that Baraka secured his place in the pantheon of great Black writers a long time ago.

“I think his poetry as well as his critical work will continue to receive attention,” says Tinson, who has taught Baraka’s work in the past. “When he was moved by an idea, he put his whole self into it. “

Jamal Watson can be reached at jwatson1@diverseeducation.com.