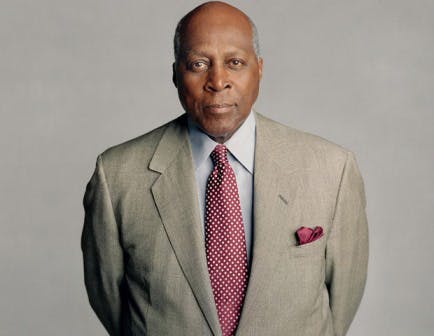 In an interview with Diverse, Jordan, who has been a member of Howard’s Board of Trustees since 1993, said that he was “greatly honored to give leadership to this” task that will recommend to the board of trustees a person to lead the 150-year-old Historically Black College.

The former president of the National Urban League and former executive director of the United Negro College Fund is a graduate of Howard’s law school and has been a popular presence on campus, where he’s delivered an annual lecture for the past 22 years to faculty, staff and students.

“I really, really care about Howard University,” says Jordan, who will shepherd the committee through the process of interviewing and vetting a replacement for Dr. Sidney A. Ribeau, who abruptly resigned last semester after just five years on the job. Dr. Wayne A.I. Frederick, who was the school’s provost and chief academic officer under Ribeau, was named interim president. It’s unclear if Frederick plans to formally apply for the position.

“The search for leadership is always a challenge,” says Jordan, who was chairman of President Bill Clinton’s Presidential Transition team and is now a senior managing director of Lazard Freres & Co. LLC in New York and senior counsel in the law firm of Akin Gump Strauss Hauer & Feld LLP in Washington, DC. “But I’m going to give it my best shot.”

The other members of the search committee, representing the Board of Trustees, students, faculty, staff, alumni, as well as business and higher education leaders, include:

The Honorable Kamala D. Harris, Alumna, Attorney General of the State of California;

Robert L. Lumpkins, Trustee, Chairman of the Board of The Mosaic Company, and retired Vice Chairman of Cargill Incorporated;

The Honorable M. Kasim Reed, Alumnus, Trustee, Mayor of the City of Atlanta;