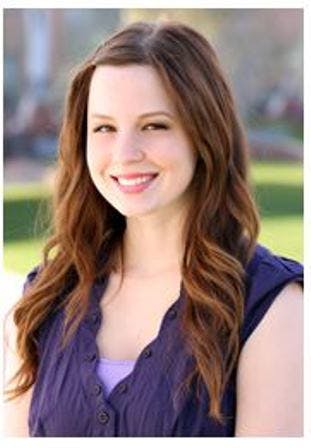 Tasha Kunzi, a former doctoral student, says in a federal lawsuit that she was sexually harassed, discriminated and retaliated against, forcing her to leave Arizona State University.

The plaintiff, Tasha Kunzi, claims she was the victim of retaliation after ending a “romantic relationship” with Dr. Travis Pratt, a professor in ASU’s School of Criminology and Criminal Justice. After the break-up, Pratt harassed Kunzi, while other faculty members, including the school’s director, “refused to meaningfully work with her,” according to the suit.

In addition, university officials “failed to stop” the harassment, and Pratt, allegedly, continues to harass other female students.

Kunzi began a doctoral program in July 2009 and was hired by the school as a research assistant and faculty associate, according to the decision. She ended her romantic relationship with Pratt in February 2010, withdrew from the criminal justice doctoral program that July and enrolled in a different program, although she remained a criminal justice faculty associate.

In May 2011, Kunzi left the second doctoral program and her faculty associate position, allegedly because of the harassment.

The suit also claimed that Pratt and the school’s director discriminated against Kunzi’s new husband, another doctoral student, by unfairly grading the comprehensive exam that he failed.

U.S. District Judge James Teilborg denied ASU’s request to toss out parts of the suit, rejecting the university’s argument that some claims were filed after the statute of limitations ran out.

Teilborg said the facts as alleged would allow Kunzi to show a “systematic violation” of her rights through a hostile work environment.

An assistant professor of engineering who failed to achieve tenure has lost another round in his national origin discrimination case against Mississippi State University.

Lazarou was hired by the Department of Electrical and Computer Engineering in 2000. Each of his annual reviews before applying for tenure in 2005 “highlighted concerns regarding his research, including external sources of funding and his lack of scholarly publications,” the court said.

His departmental committee recommended against tenure, as did the department head, college committee, dean and provost. The president concurred in denying the tenure application, and Lazarou’s internal appeal failed.

The university gave Lazarou a one-year non-renewable contract for 2006-07, and he resigned in January 2007, the decision said.

According to the decision, a comment the department head allegedly made suggesting Lazarou had “character issues” because of his “background” did not provide direct evidence of discrimination. The comment was made at least 10 months before the tenure application, the court said, and the content “is too ambiguous” to determine whether it related to Lazarou’s national origin.

The decision also cited the reviewers’ unanimous agreement that Lazarou “failed to demonstrate satisfactory achievement in the area of research because of a dearth of scholarly publications.” He had no refereed publications in his first 4½ years at the university. The reviewers “faulted him for having conducted no research until the year he submitted his tenure application,” the court said.

Of Lazarou’s three subsequently published articles, two were co-authored and the other was in a “low-tier” journal with a “five-day submission-to-publication timeframe.”

In addition, the court noted reviewer concerns that Lazarou had inflated his involvement in a $450,000 National Science Foundation grant that had been awarded under a proposal that didn’t even mention his name.

Lazarou also argued that a U.S.-born colleague who won tenure a year earlier had received more favorable treatment. However, the appeals court said the situations were not comparable because the other faculty member had eight peer-reviewed journal articles and 12 refereed conference papers.

Finally, it rejected Lazarou’s claim that the university failed to investigate his allegations of bias and failed to follow its own non-discrimination policies.

A judge has dismissed federal claims by a former assistant professor of English that Five Towns College in Dix Hills, N.Y., illegally retaliated against her for complaining that a faculty colleague had sexually harassed students.

According to the decision, Saliba made complaints about sexual harassment of students by a professor, “rampant corruption” in the college administration and drug use and distribution by campus security staff.

Her termination resulted from those complaints, the suit contends.

However, Wexler said the suit fails to meet Title VII requirements because the law does not apply to “opposing discrimination by a co-employee against a non-employee.”

He also rejected Saliba’s argument that the college retaliated for her opposition to “racial discrimination in the employment of a faculty that was overwhelmingly White” because she failed to refer to racial bias in her Equal Employment Opportunity Commission charge.